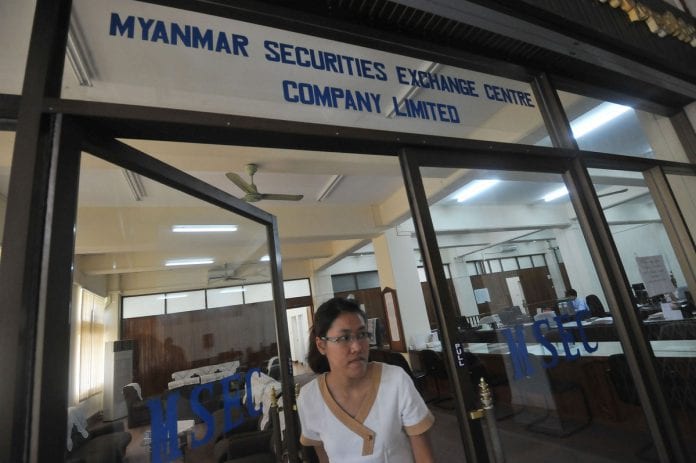 Auto association to set up public company
Myanmar Automobile-Makers and Distributors Association will set up a public company with a startup capital of K5 billion ($5 million), contributed by 50 leading members, local media reported quoting chairman Soe Tun of the Association. Soe Tun said the company plans to raise up to K20 billion ($20 million) through a public offering.

Beans and pulses export reach $399 million
Myanmar garnered about $399.54 million by exporting 520,000 tonnes of beans and pulses from April 1 to August 15, according to the Ministry of Commerce. Green gram and green peas, also known as Mung beans, were the top export items in the category. Export via sea routes totalled $296 million, while through land totalled $102.9 million.

Yangon to increase taxes on liquor makers, wholesalers
The regional parliament in the commercial city of Yangon is planning to increase taxes on local manufacturers and wholesale distributors of foreign brand liquors by between 200 and 400 percent, a move that will impact the retail prices of alcoholic drinks, local media reported referring to industry sources.

Gap Inc reveals problems with working conditions at Myanmar factories
An audit conducted for American retail giant Gap Inc at two factories in Myanmar has discovered several problems for workers that the retailer says it has already begun to address. The report was submitted to the US Embassy in Yangon, where it is posted online, and conducted by Amherst, MA-based labor organization Verité. Workers reported abuse by supervisors, inconsistent rules and enforcement, unpaid or inadequately paid overtime, inadequate time off, and several health and safety violations, according to Verité. The company announced in June that it would be the first US retailer to begin having clothes made in Myanmar.

South Korea promotes investment in Myanmar
Officials from the public and private sector in South Korea and a delegation from Myanmar discussed the investment potential of the Southeast Asian nation in Seoul last week. They met organisers from the ASEAN-Korea Center and the Korea Chamber of Commerce and Industry at the 2014 Investment and Business Environment Seminar on Myanmar. South Korea is already Myanmar’s fourth-largest foreign direct investor with over $500 million poured into the country as of June.

Cebu Pacific to launch direct flight to Myanmar
The Cebu Pacific Air, the Philippines’ largest low-cost carrier, will launch direct flight to Myanmar’s two main cities – Yangon and Mandalay in early 2015, airline sources said. The direct flight is planned in the wake of increased business undertakings in the Southeast Asian nation initiated by most of the Philippine citizens starting mid this year. Cebu Pacific Air is set to offer three flights a week from Manila to Yangon and Mandalay. In December 2013, Myanmar and the Philippines signed an agreement on mutual visa exemption for the two countries’ visitors, updating their 1979 Air Services Agreement. There is a total of 24 international airlines currently flying to Myanmar with seven other airlines operating domestically.