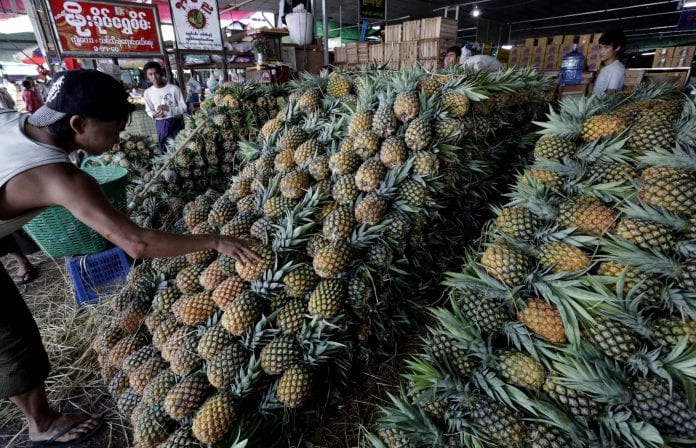 Golden Myanmar Airlines has launched its new service from Yangon to Chiang Mai in Thailand late last month. It began operating thrice-weekly flights (Tuesday, Thursday, Saturday) between Yangon (RGN) and Chiang Mai (CNX) in Thailand. The 364-kilometre route will be flown by the airline’s A320s and will face direct competition from Air Bagan’s twice-weekly flights.

Myanmar’s Ministry of Hotels and Tourism has asked the tourism sector to identify nationalities that should be added to the list of 43 states that use the e-visa facility which was launched on September 1. It is the first time that the government has sought private sector input on the visa rules and procedures. An E-visa costs $50 and is valid for 28 days for visitors arriving via Yangon International Airport.

State-run Myanmar Airways International (MAI) will add routes to South Korea and Japan this month, a spokesperson said. Aye Mara Tha said MAI would launch thrice-weekly flights between Yangon and Osaka on October 8 and would fly between Yangon and Seoul five times a week starting from October 26. A round-trip flight to Seoul will cost $600, while a round-trip flight to Osaka will be $700, she said.

Deutsche Gesellschaft für Internationale Zusammenarbeit (GIZ), or the German International Cooperation, and Germany’s state-run development bank KfW opened their offices officially in Yangon. Both offices are located under one roof, representing the German Development Cooperation offices. Dr Christine Heimburger, KfW director East Asia and Pacific, said, “The representation will help us to get closer to those we serve and to increase the efficiency of our activities.” GIZ Director General GIZ Asia/Pacific, Latin America/Caribbean, Ute Klamert, said: “We will be able to contribute more consistently to the shaping of the overall development agenda, be able to react more quickly  on  new  demands  and  challenges  in  Myanmar.”