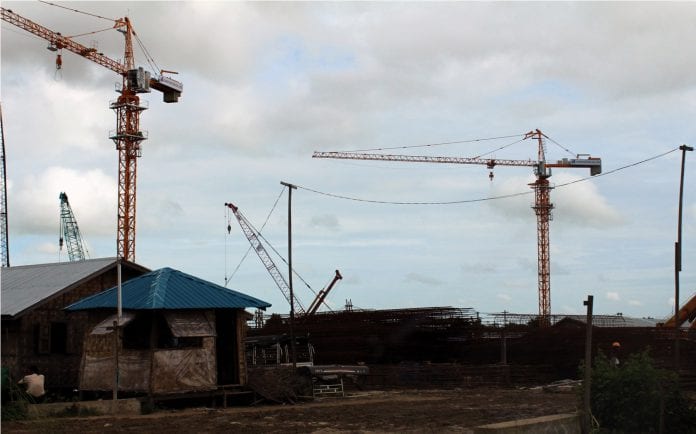 The new standard prices for the property sector recently announced by a government body have made the market sluggish, especially in Yangon, local media reported citing leading real estate agencies. The prices of land and houses were increased by 20 percent, but that of the flats was unchanged in the new standard rates, designed to help control skyrocketing property prices in the city.

Japan finances for improvement of education in Myanmar

The Japanese government has financed a total of $584,493 to help improve the education sector in Myanmar, a press release of the Japanese embassy said. The grant agreement for five projects under its Japan's Grant Assistance for Grass-roots Human Security Projects scheme covers four schools and a nunnery school projects in Bago region and Shan state.

Saha Pathanapibul, Thailand’s largest distributor of consumer products, said it has set up a 50-50 joint venture distribution company with a local firm in Myanmar in a bid to take advantage of the upcoming ASEAN Economic Community (AEC) in 2015. The company said it expects to double its sales contribution from ASEAN markets from $154 million targeted for this year to about $308 million next year.

In line with the new Indian government’s policy to promote export of defence hardware, Goa Shipyard Ltd said it has supplied naval equipment to Myanmar, along with Mauritius, and is pursuing orders from other nations. The Indian firm signed contract for construction of Damage Control Simulator for Myanmar Navy in April.

Myanmar and Thailand have signed three memorandums of understanding in Nay Pyi Taw on establishing sister cities between the two countries, official sources said. The sister cities are between Kyaing Tong and Chiang Mai, between Myeik and Prachuap Kirikhan, and between Kawthoung and Ranong of the two countries. The signing took place on the occasion of Thai Prime Minister Prayuth Chan-o-cha’s first official visit to Myanmar last week.