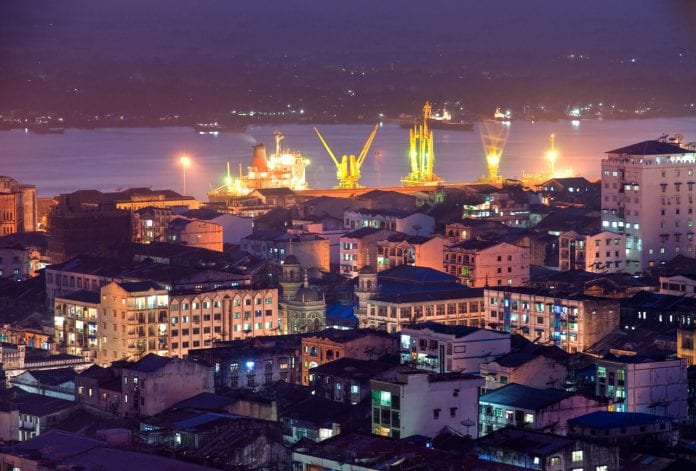 A plan for developing Myanmar’s commercial hub Yangon and its surrounding suburbs over the next 25 years will cost $4.5 billion and include about 80 projects, local media reported quoting Dr Toe Aung, project director of the Yangon City Development Committee (YCDC). The “Yangon 2040 Master Plan” prioritises 77 projects, including those related to public transport, roads and drainage systems. The drafting of the plan was completed at the end of last year with the assistance of the Japan International Cooperation Agency (JICA).

Indonesia’s state-run tin producer PT Timah is looking to expand its business to Myanmar, hoping to set up a smelter in the Southeast Asian country to absorb raw ore, Indonesia media reported. Timah president director Sukrisno said the miner was currently conducting a study of the plant that was expected to conclude by year-end and construction is expected to start next year. The smelter is estimated to cost $8.3 million and the facility would be part of Timah’s 10,000-hectare tin concession area in Tanitharyi region. The area is estimated to produce 12,000 tonnes of tin per year and is expected to start commercial production early next year. Myanmar is now emerging as the new frontier in the tin industry, as Indonesia, the biggest shipper, seeks to restrict supply and boost prices, Bloomberg reported. Output in Myanmar is set to rise by 12 percent to 28,000 metric tonnes next year.

American multinational consumer products company Colgate-Palmolive Co has bought Myanmar toothpaste brand Laser from local firm Shwe Ayar Nadi Co Ltd for about $100 million, the Wall Street Journal reported. The acquisition is one of the largest by a foreign company in Myanmar. Colgate said the investment reflects its “commitment to growing its business in this important emerging Southeast Asian country.” The company will acquire Laser’s manufacturing and tube-forming facilities and will produce Laser-brand toothpaste, along with importing Colgate brand goods from Thailand, WSJ reported. Colgate said it will shift domestic production of Colgate brand toothpaste from Thailand to Myanmar in coming years, according to the report.

Foreign investment in hotel sector reaches over $2b

Foreign direct investment has reached $2.3 billion in hotel sector in Myanmar as of October this fiscal year, according to the Ministry of Hotel and Tourism. Myanmar received investments from companies from the UAE, Vietnam and South Korea. Singapore topped the foreign investor line-up. Investments from local entrepreneurs are also on the rise, the ministry said. There are over 1,000 licensed hotels and guest houses owned by local businesspeople, it added.