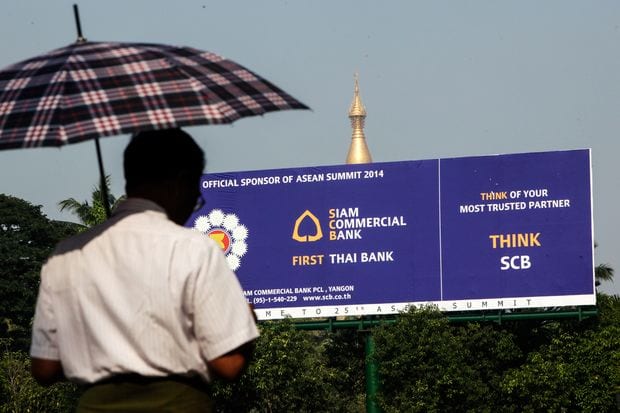 South Korea’s Taekwang group will invest $100 million in Myanmar to set up a shoe factory in an industrial zone near the Hanthawaddy International Airport in Bago, about 50 miles from Yangon, local media reported quoting a local official of the company. The official said factory construction had already started and the company would manufacture international branded sports shoes there, from early 2017.

A new website has been launched to give local small and medium enterprises access to regional and international investors and firms. The website, myanmarsmelink.com, will help entrepreneurs express their capital, technology and other investment needs for free, an official told the local media. Any member of the Union of Myanmar Federation of Chamber of Commerce (UMFCCI) will be able to access the website. There are over 120,000 registered SMEs in Myanmar, according to the Ministry of Industry.

The Ministry of Commerce is considering imposing limits on car imports to Yangon, an adviser to the ministry told local media. The move comes as rising number of cars create severe gridlocks around Myanmar’s commercial hub. There are more than 300,000 cars in Yangon, according to official data. Existing policies for other states and regions will remain the same.

Myanmar allowed 12 local companies and four foreign firms to make investment in the country last month, the Directorate of Investment and Company Administration (DICA) said. Of the 12 local firms, two are expected to invest in local and foreign air transportation services, while others will build and run hotels, private hospitals, produce stones or pave roads, as well as in shoe-manufacturing and garment. The foreign firms are allowed in joint ventures in logistics services, cinemas, refurbishment of Mandalay airport and distribution of food and beverage.

While most of the attention has been on the two new foreign players Ooredoo and Telenor, state-owned Myanma Posts & Telecommunications (MPT) sold more than one million SIM cards in September. MPT, which signed a joint operating agreement with KDDI-Sumitomo in July, now has 9.2 million mobile connections, according to GSMA Intelligence. The deal with the Japanese firms is intended to help the operator upgrade its infrastructure in the capital Yangon and other cities as well as improve its marketing efforts. The operator has renewed its logo, expanded its call-centre operations and was the first in the country to introduce discounts for calls to a designated list of friends/family. KDDI and Sumitomo are expected to invest about $2 billion in the country over the next ten years.

Myanmar has chalked out a 15-year power development plan to meet its increasing power demand, boosting its capacity from 4,581 megawatts to over 29,000MW from 41 new power plants in 2031, according to local media reports. The plan will shift Myanmar’s focus from hydropower to other energy sources like coal, natural gas, solar and wind power. The authorities are also focusing on reducing transmission and distribution loss on its outdated national grid.

The Ministry of Hotels and Tourism, Ministry of Environmental Conservation and Forestry and the Myanmar Tourism Federation are working on a national Ecotourism Policy and Management Strategy to boost ecotourism in Myanmar. The strategy aims to support biodiversity, conservation, community-based income generation and strengthen the management of protected areas and cultural assets of the country.