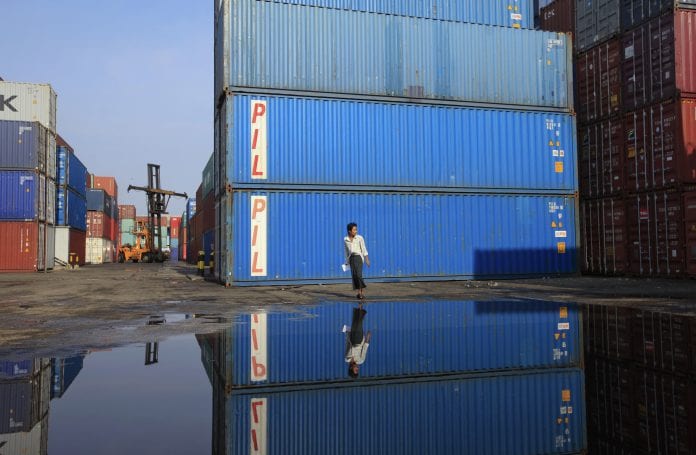 The government is taking steps to introduce a permanent residence system for foreigners for the first time in history to attract and facilitate them to work, invest and live in the country permanently. The authorities have set a December 5 deadline to start implementing the system, saying that applicants can start applying from the day onwards. Bylaws are being enacted for the system which is expected to enable scholars, experts and investors from other countries as well as former Myanmar citizens to contribute to the national development, according to the Permanent Residence System Management Committee chaired by Vice President U Nyan Tun. “Technology, capital, human resources and job opportunities may flow into the country by practicing the permanent residence system, thereby contributing to the country’s development,” the vice president said.

ASEAN has achieved close to 80 percent of the overall measures under the three ASEAN Community (AEC) blueprints, President U Thein Sein said at a summit meeting of regional leaders. However, “challenges remains in implementing the remaining 20 percent of the targets and addressing the issues that will emerge in the post 2015 ASEAN Community,” he said. The AEC is envisaged to be a single market and production base, facilitating free flow of labour and capital.

Total proceeds from the export of jade from April 1 to October 10 fell to $577 million from $671 million during the same period last fiscal, local media reported, citing data compiled by the commerce ministry.

The government has formed the Leading Committee and Working Committee to become a member of the Open Government Partnership (OGP), the President’s Office announced. With Minister at the President’s Office-3 U Soe Thane chairing the seven-member leading committee and Deputy Minister for Finance Dr Maung Maung Thein heading the eight-member working committee, the formation aims to fulfil the need of the public and develop initiatives, the announcement said. The committees are tasked to ensure fiscal transparency, take over the role on public information, fight against corruption and promote the cooperation of citizens in policy-making and administrative process. OGP was launched in 2011 to provide an international platform for domestic reformers committed to making their governments more open, accountable and responsive to citizens.

Telephone density to increase by 50pc by May 2015

Telephone density in Myanmar is targeted to rise by 50 percent by May next year, up from the 35 percent expected by the end of this year, local media reported Deputy Telecommunication Minister U Thaung Tin as saying.

President U Thein Sein said last week that the Regional Comprehensive Economic Partnership (RCEP) will significantly contribute to the regional integration inside and beyond the ASEAN. “RCEP links the economies of our region from India in the west to China, Japan and South Korea in the east and down south to New Zealand and Australia,” Thein Sein said in his opening remarks at the ASEAN Business and Investment Summit. The ongoing free trade regime will be operational among 16 countries with a combined population of 3 billion people and a combined GDP of around $17 trillion. The RCEP, which has an estimated potential of making up 40 percent of global trade, is a free trade agreement (FTA) scheme of the 10 ASEAN members and its six FTA partners – India, China, Japan, South Korea, New Zealand and Australia, and to be concluded by the end of 2015.