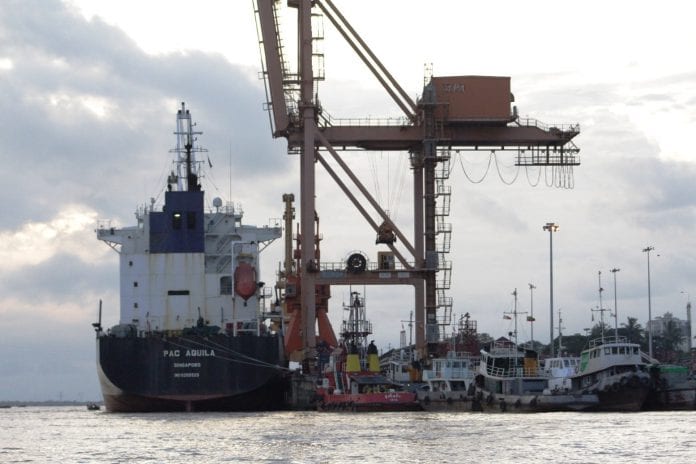 Fisheries to strut their stuff at expo

The Myanmar Ministry of Livestock, Fisheries and Rural Development will hold a fishery exposition from January 1-3. The exposition will, “promote public awareness on fisheries and developing valued-added products in the industry,” according to the Ministry for Information. A design contest will also be held, with such categories as traditional fishing gear and backyard hatchery design. The exposition also aims to raise awareness of the 300 native fish species in Myanmar, as well as the need for natural resources protection.

Muse overloaded, checkpoint to be expanded

The Muse border checkpoint between Myanmar and China will be expanded to handle the increased trade between the two countries, state-run media reported.  “As the area of check point at Muse 105th-Mile Trade Zone does not balance with the number of vehicles carrying export products, the export and import check point yard needs to be expanded,” according to an official. The Border region in northeastern Shan state handles 1,400 vehicles per day.

Myanmar to export 500,000 tonnes of rice to Indonesia in three years

Myanmar will export half a million tonnes of rice to Indonesia in the next three years, the Ministry of Commerce said. Myanmar’s rice export is growing, fuelled by Chinese and African demand. Myanmar will also import cement from Indonesia, as increased construction has led to a greater need for building materials. Last fiscal year’s trade between the two countries amounted to $499 million, with Myanmar mostly exporting food products and importing palm oil. Indonesia invested $241 million in Myanmar in 2014.

Indonesian state-owned tin mining company PT Timah Tbk has decided to call off a plan to build a tin smelter in Myanmar as it could not find an ideal location for the plant and due to concerns over security conditions, Reuters reported Indonesian newspaper Kontan as saying, citing Corporate Secretary Agung Nugroho. Timah is one of the largest tin producers in the world.

The Myanmar Institute of Finance will offer courses in banking, accounting, insurance and finance to Myanmar youth in an effort to improve provide them worth job opportunities at local banks, the Global New Light of Myanmar reported. This comes as foreign banks are set to enter the Myanmar market, and local banks will lbw pressed to find skilled workers.

Mandalay will install new electrical transformers and power lines worth $140,000 in preparation for the surge in electricity use in summer time, state media reported. Wooden electrical posts are to be replaced with concrete ones, as is happening elsewhere in the country. Mandalay has experienced electrical problems in the past, worsened by the increased availability of air conditioning.