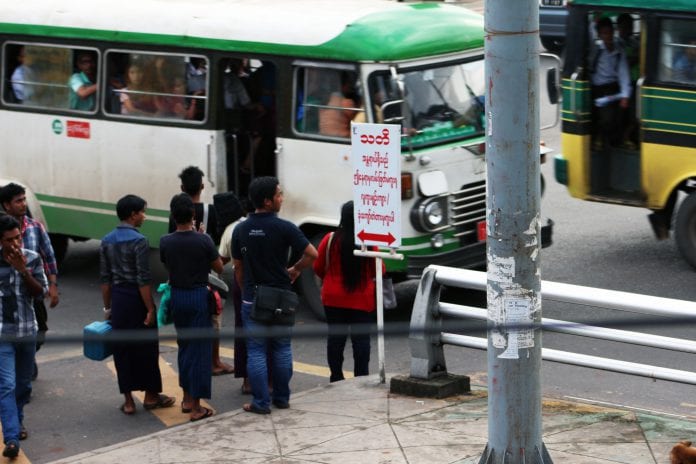 Myanmar has exported $342 million worth of rice so far this fiscal year, the Xinhua News Agency reported. Of the 914,969 tonnes exported, 716,272 tonnes were exported overland, mainly to China, although other markets are growing. During 2013-14 fiscal year, Myanmar earned $460 million from rice sales, down from the previous year’s $544 million.

Soft-shelled crab to be industrialised

The Ministry of Livestock, Fisheries and Rural Development is developing a plan to industrialise the breeding of soft-shelled crabs for export, the Global New Light of Myanmar reported. In 2013, Myanmar exported over $50 million worth of soft-shelled crab. The crustaceans, primarily produced in Yangon, Tanintharyi and Ayeyawaddy regions and Rakhine state, are relatively cheap in Myanmar, but can sell for high prices in other countries.

MRTV, operated by the Ministry of Information, launched two new television channels on January 1, one for news and the other for entertainment.

The Construction and Housing Development Bank has started operations, and will give long-term, low-interest loans to homebuyers, local media reported. CHD was licensed buy the central bank in July, but began operations in January. Access to financing is one major issue holding back homebuyers in Myanmar.

31 international hotels to be built

The Ministry of Hotels and Tourism has permitted 31 to open across the country, all funded by foreign investors, local media reported.  While the majority of these hotels will open in Yangon, the rest being in Mandalay, Bagan, Kawthaung, Tachileik, and Myeik.

Construction of necessary infrastructure will begin in Thilawa SEZ next month, local media reported. Cargo and construction ports will be built along the riverbank, to be built of one of two Japanese firms. The Ministry of Transport previously negotiated a $205 million loan from Japan to enlarge the SEZ.

The 2015 ASEAN Tourism Forum will be hosted in Naypyitaw later this month, the Ministry of Hotels and Tourism said. They forum expects to see 1,500 visitors from 40 countries. The ASEAN Tourism forum has been held since 1981, but this is the first time it will be held in Myanmar, which has seen rapid expansion of the tourism industry in recent years. Almost 100 million tourists visited ASEAN in 2013.

Disease checks at airports, border checkpoints, and sea ports will be hastened in preparation for the travel season, local media reported.  Infrared fever screening systems are currently in place at many airports, and teams trained to spot and quarantine carriers of ebola, SARS or other dangerous illnesses are in place.