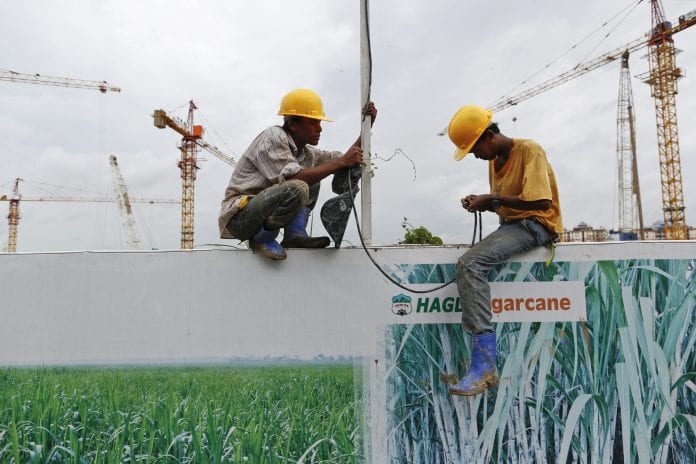 The Ministry of Communications and Information Technology has invited Expressions of Interest (EoI) from local and foreign firms to provide consultancy for designing a new postal service policy and drafting a new postal law, the ministry said in an announcement. The EoI should be sent to the ministry by June 30.

CIMB Group is going to do “whatever we can” in trying to get a licence in Myanmar, Nazir Razak, group chief executive of CIMB Group, told Thai media. Myanmar is expected to grant as many as 10 licences to foreign banks to operate their branches in the country. CIMB has operated its representative office in Myanmar for 17 years. Razak said the bank is also eyeing presence in every market in the ASEAN region by 2015 and looks to expand beyond the region into Australia and China. The bank is expected to open its first branch in Laos by August and hopes to get a licence to operate in Vietnam this year.

The Yangon Region government has stopped issuing taxi licences because of worsening traffic congestion in the commercial city, local media reported the Regional Transport Minister as saying. There are about 80,000 taxis running in Yangon, including 40,000 city taxis registered with the local authority.

The government will introduce a new monetary policy to stabilise the rising inflation in the country, Central Bank Deputy Governor Khin Saw Oo said while speaking in the Upper House. She said the inflation rate had risen to 5.76 percent in April 2014, from 5.53 percent and 1.48 percent respectively in the same month in 2013 and 2012. The monetary policy will include allocating the government budget with World Bank’s assistance and selling savings certificates through private banks, she explained.

The Myanmar Ports Authority has announced eight construction tenders to construct a general cargo port and a container loading dock using Japanese development aid. The port will be part of the Thilawa Special Economic Zone, an industrial complex south of Yangon, and building is due to start this year. The Ministry of Transport has received $205 million loan from Japan to enlarge the Thilawa port.

Canadian mining company to be sued in Myanmar

Justice Trust and the Myanmar Lawyers Network will file a lawsuit against Canadian miner Ivanhoe Mines, which launched the controversial Letpadaung Copper Mine in northwestern Myanmar, local media reported. The company broke the law and it did not meet international standards when it was running the project, Thein Than Oo of Network was quoted as saying. Ivanhoe has been under intense scrutiny by Canadian civil society groups for more than 15 years, following widespread allegations that it has been complicit in human rights violations and environmental degradation in several of the world’s most impoverished nations. Mining Watch Canada detailed allegations of Ivanhoe’s misconduct in Myanmar in the report “Grave Diggers,” which was published in 2000.