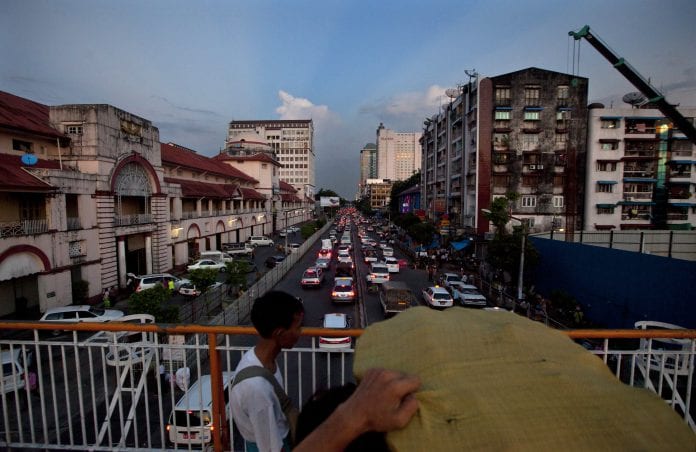 The Thilawa Special Economic Zone Project, about 20 km from commercial city Yangon, has attracted about $400 million worth of investments in five months, the Global New Light of Myanmar quoted SEZ management committee Chairman Set Aung as saying. He said operation of the SEZ would start in September, a little later than the initial schedule.

Myanmar and Thailand have reached a memorandum of understanding (MoU) on further cooperation in energy and electric power, official media reported. The deal will speed up the 26-year Myanmar-Thai oil and natural gas cooperation agreement and benefit energy sufficiency of both countries, development of infrastructure, cross-border energy sector and human resources development, the report said. The MoU also covers cooperation in import and distribution of liquefied natural gas and will ensure a greater level of supply, the report added.

Myanmar received foreign investment worth $2.3 billion in the first two months ( April-May) of the fiscal year 2015-16, Myanmar Investment Commission said. Singapore led among the 11 countries that invested during this period with $1.42 billion. The investment mainly flew into the sectors of energy, manufacturing, and oil and gas. Myanmar projects to receive $6 billion in FDI in 2015-16.

Vietnam’s largest state-owned lender Bank for Investment and Development of Vietnam (BIDV) said it is planning to open a unit in Myanmar this year. BIDV is the first Vietnamese bank to have a representative office in Myanmar and now targets to establish a 100 percent foreign-invested bank in the country. BIDV chairman Tran Bac Ha told Vietnamese media that BIDV has written to the President asking for approval to set up a 100 percent foreign-invested bank and at recent meetings with Vietnamese leaders, Myanmar’s senior officials affirmed BIDV would be licensed.

South Korea’s Daewoo International Corp, the operator of A1 and A3 offshore blocks in Myanmar, appointed a new CEO after the firm’s former chief executive quit over a spat regarding a plan by parent company POSCO to sell its stake in the gas project, South Korean media reported. Daewoo International named Vice President Choi Jung Woo to replace Jeon Byeong Eal, who resigned from the posts of president and CEO. The management at POSCO, one of the world’s largest steelmaker, is understood to have plans to dispose of its interests in the Myanmar gas assets for $1.3 billion as part of company restructuring – a move that Jeon openly criticised earlier.

India is set to enter into another landmark motor pact with Myanmar and Thailand by year-end to allow seamless flow of traffic among them, India’s Road Transport and Highways Minister Nitin Gadkari said, according to Press Trust of India (PTI). Gadkari said the trilateral arrangement of India-Myanmar-Thailand (IMT) is aimed at fostering better ties with neighbours and boosting trade and economy. The deal will allow transit of passenger, cargo and vehicles among these three countries, paving the way for greater economic cooperation in the ASEAN region, he added.