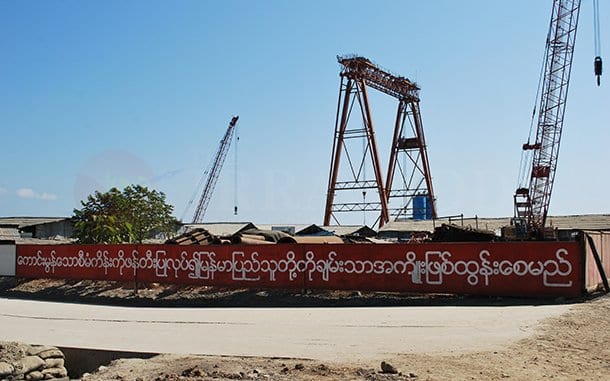 Foreign investors are more interested in the upcoming Special Economic Zones (SEZ) than the existing Special Industrial Zones (SIZ) because the latter have infrastructure and land ownership problems, local media reported quoting some leading local businessmen. Arrangements have been underway to develop three SEZs in Yangon, Kyaukphyu and Dawei while there are a few dozens of SIZ around major cities in the country.

Myanmar’s natural gas exports have crossed $10 billion in three years under the current government, according to the Ministry of Commerce. The gas revenues comprise $3.5 billion for fiscal year 2011-12, $3.66 billion for 2012-13 and $3.3 for 2013-14. In the same period, export earnings from timber and wood products stood at $2 billion, and gems $2 billion, making it $14 billion in natural resources exports.

More than 3,000 companies registered under FIL

A total of 3,032 foreign companies and more than 70 joint ventures have registered to open offices and to operate 720 projects under the foreign investment as of June, according to the Directorate of Investment and Company Administration (DICA).

A planned rail project to give China access to the Indian Ocean through Myanmar has been cancelled due to strong public objections and delays, a senior official said. The two countries had failed to implement the contract for a 1,215-kilometre railway between western Myanmar’s Rakhine state and the Chinese city of Kunming, within three years of memorandum of understanding (MoU) signed in April 2011, DPA news agency reported. “This is because we care about the people’s desires. Most people view the project as having more disadvantages than advantages,” a government official was quoted as saying.

A North Korean top diplomat is most likely to attend the ASEAN Forum in Myanmar scheduled for next month, South Korean media reported. Foreign Minister Ri Su-yong is finalising details of his attendance at the ASEAN Regional Forum (ARF), according to a diplomatic source in Seoul, Yonhap news agency reported. South Korean Foreign Minister Yun Byung-se is also set to attend the forum aimed at fostering dialogue in the Asia-Pacific region, raising speculations of a possible inter-Korean encounter. Some have raised the possibility that Ri may initiate talks with Yun as Pyongyang wants to participate in the upcoming Asian Games in South Korea.

Myanmar Airways International (MAI) is planning to launch regular flights to South Korea and Japan in October, an expansion from the present chartered flights to these destinations, local media reporter. MAI had flown Korea-Yangon route with Korean Air and Asiana airlines under code-sharing agreement since 2013 until February 2014 when it started the chartered flight. MAI will also launch its maiden flight to the United Arab Emirates (UAE) in 2015 after it signed a new agreement with the countries in March.

Thai banks step up push for licences in Myanmar

All four Thai banks in Myanmar are intensifying efforts to secure banking licences in the belief that opening up of the industry will proceed despite opposition for local players. Representatives of Kasikornbank (KBank) and Krungthai Bank (KTB) recently joined conferences in Yangon, speaking on what their banks have to offer to the economy, while Bangkok Bank (BBL), Thailand’s largest commercial bank, hosted an investment seminar in Yangon designed to be the centre stage for Asian investors wanting to enter the Myanmar market.

Rice exports to China through border halted by floods

KBZ Bank gets award for excellence

Myanmar’s largest financier Kanbawza Bank was named ‘Best Bank in Myanmar’ by the UK-based financial markets magazine Euromoney at a ceremony in Hong Kong, following two awards earlier in July from a regional banking association. It was named best bank in Myanmar based on criteria such as deposit level, tax payments, number of branches, loan disbursements to entrepreneurs and market share.