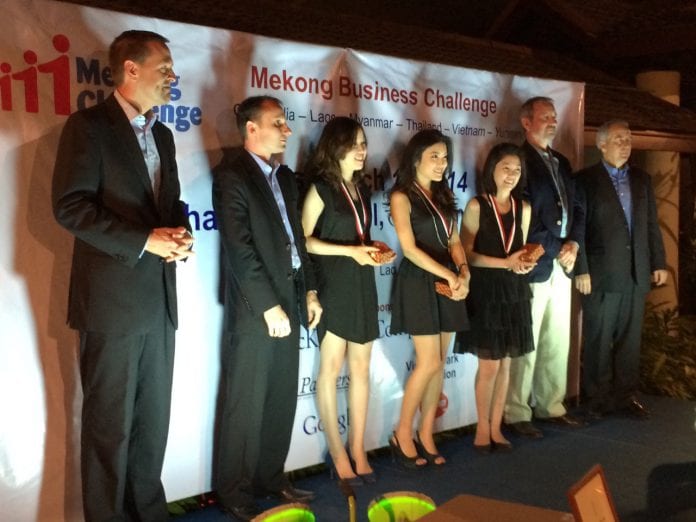 Myanmar has chosen two teams to enter the Mekong Business Challenges-2014 slated for March 15 next in Hanoi, capital of Vietnam.

The two Myanmar business teams, which won at the professional level of the Fourth  Myanmar Business Model Contest-2014 last weekend, will  compete with teams from Cambodia, Laos, Thailand, Vietnam and China.

Table Top Grocers is the second team winning the contest with their business plan entitled “Starting up a Door-to-Door Grocery Delivery Business.”

The Myanmar business model contest was jointly organised by the Union of Myanmar Federation of Chambers of Commerce and Industry and the Cross-Border International Education Support Foundation of Japan, aimed at inspiring and establishing the new generation of Myanmar entrepreneurs.

The Japanese foundation has pledged business links between Japanese entrepreneurs and participants with the best business models at the challenge.