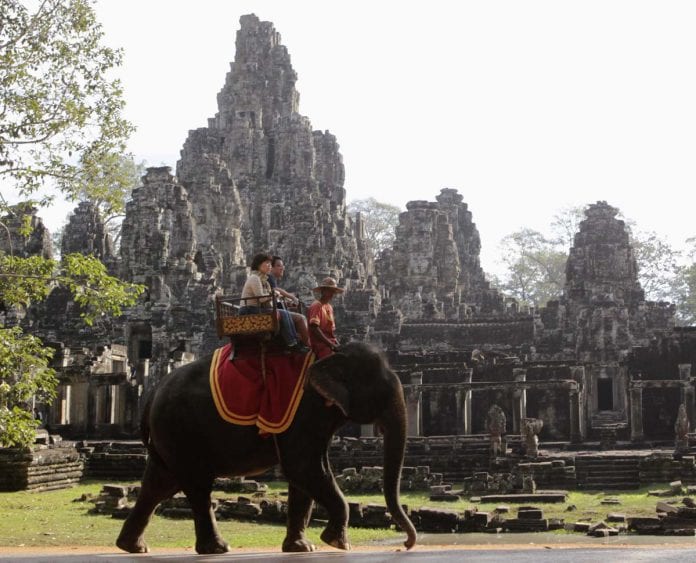 Myanmar and Cambodia have agreed on mutual visa exemption for holders of ordinary passports.

The agreement on the move was signed by Deputy Foreign Minister U Tin Oo Lwin and Cambodian Ambassador to Myanmar Sieng Burvuthin in Nay Pyi Taw.

The signing was aimed at strengthening existing relations in all fields and simplifying the procedures of citizens travelling between the two countries.

In February 2011, Myanmar established air link with Cambodia with its Myanmar Airways international (MAI) flying between Yangon and Siem Reap, an ancient city in Cambodia.

The flight service was extended to reach Phnom Penh, capital of Cambodia, in November 2011.

The airline’s extension to Phnom Penh has created a long-term cooperation between Cambodia and Myanmar on tourist, culture, trade and investment, officials said.

The direct air link between Myanmar and Cambodia was introduced after the 4th Ayeyarwady Chaophraya-Mekong Economic Cooperation Strategy (ACMECS) Summit and 5th CLMV Summit in November 2010 which was aimed at developing tourist industry in the subregion.

During a parliamentary session this August, deputy minister Tin Oo Lwin said Myanmar will try to sign visa exemptions with other ASEAN countries in the next fiscal year.

Myanmar signed an agreement with Cambodia, Indonesia, and Philippines in June during the World Economic Forum to develop a smart visa system for the development of tourism in the region.