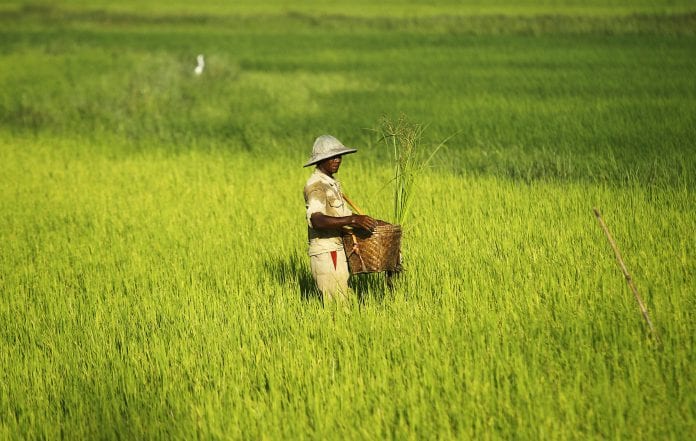 Myanmar has the potential to more than double its rice exports by implementing policy reforms, a new World Bank report said.

In a bid to increase rice exports, Myanmar has to diversify and increase its rice production, open its rice milling sector to direct foreign investments and reduce export procedure costs, thereby alleviating rural poverty, said the report, Myanmar: Capitalizing on Rice Export Opportunities,  by the World Bank and the Livelihoods and Food Security Trust Fund (LIFT) of Myanmar.

“Reforms are required as a policy environment conducive to supporting this refocus of the rice export sector is essential if anything is to change,” said Andrew Kirkwood, LIFT’s fund director.

Kirkwood said much of the policy change can be introduced without cost to public finances.

“Consistent economic policies without anti-export bias, alongside the current government effort to improve farmer access to finance, will offer high rates of return for Myanmar rice exports, for its farmers and for the rural poor.”

Improving agricultural productivity and promoting rice exports have been among the top priorities for the current government. Despite its plan to export four million tonnes of rice by 2020, the actual annual rice export has reached only 1.3 million tonnes over the past years.

The current rice export strategy favours the production of low quality rice, which is largely sold to Africa and China, the report said, adding that farmers have earned minimal profits and agribusinesses have skipped necessary investments. It warned that the situation is worsening as the global demand for low quality broken rice is shrinking.

“This is now a government call to capitalise on rice export opportunities and secure sufficient incomes to smallholder farmers,” said Kanthan Shankar, the World Bank’s country manager for Myanmar.

“Rice production is a source of livelihoods for about 70 percent of the population. Higher and more profitable rice export improves farm incomes and food security of the rural poor, he said.

Shankar added that increasing rice exports will spur momentum for inclusive growth and poverty reduction in Myanmar for the next decade.

The report said there are good market prospects for Myanmar to accommodate more diversified rice exports from Myanmar over the next 10-15 years, particularly in the European Union and Asian countries, earn higher incomes, and diversify risks along different markets.

The obstacles in hitting these marks are low productivity and poor rice quality at the farm level, undercapitalised and inefficient rice mills, and costly export infrastructure and procedures, the report noted.

Opening the rice mills to direct foreign investments is, according to the report, a vital step to take to increase quality and volumes of rice export. Improving infrastructure and reducing export procedure costs would also boost Myanmar’s export competitiveness, it added.