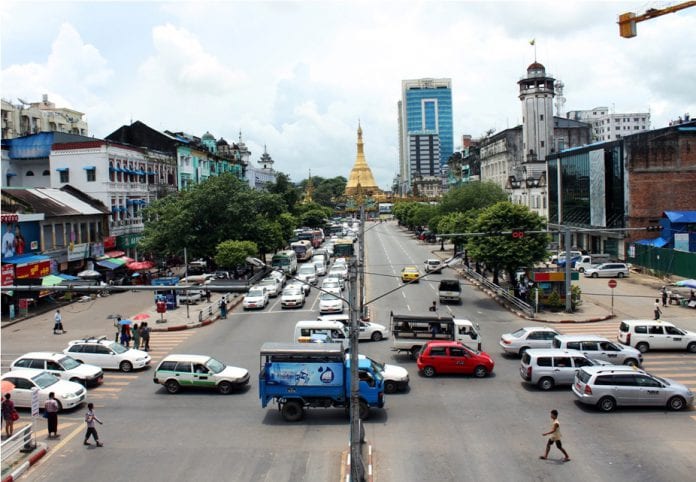 Myanmar has the potential to grow almost 10 percent per year if the country can maintain stability, invest in key sectors and stay connected to the rest of the world, the Asian Development Bank (ADB) said.

The Manila-based lender said the sweeping reforms in the Southeast Asian country require “substantial investment,” especially in the areas of education and infrastructure.

“The country at full potential can grow 9.8 percent per year,” said ADB assistant chief economist Dr Cyn-Young Park at a press conference, where ADB presented a report, Myanmar: Unlocking the Potential, on the current state of the Myanmar economy and its potential for growth.

“One Percent [GDP] growth can come from investment in education.”

Although public spending on education as a percentage of GDP has more than doubled since 2011, Myanmar still spends the least amount of money on education in Southeast Asia, according to the report.

The report mentions a “void” in skilled workers due to past neglect in health and education investment.

The inadequately educated workforce, along with the lack of access to financing, policy instability and corruption are the four most problematic factors for doing business in Myanmar, according to a World Economic Forum report.

Park said: “These are areas that the government is already working on, but needs to accelerate reform.”

Winfried Wicklein, country director for the ADB, said that the government has already signalled significant reforms, citing the issuing of telecom licences as evidence of the government’s commitment to opening the country.

The report states, “The tax structure must be simplified and exemptions reduced. The current system is extremely complicated and this, together with low capacity in tax administration, means the tax that individuals and businesses actually pay is often arbitrary.”

Some reforms can be implemented in the short term without passing legislation, such as correcting leakages in the tax system, said Park.

Some of the recommendations would require new laws to be passed, such as the implementation of a value added tax. This could be done smoothly, said Park, as VAT is “relatively easy” for tax collection and covers a broad tax base. However, he conceded that VAT can negatively affect income distribution, and that some items would need to be excluded from the VAT.

One bright point in Myanmar’s economic future is the potential for the tourism industry. According to previous ADB and Myanmar Ministry of Hotels and Tourism forecasts, tourists visiting Myanmar would increase up to 700 percent between 2012 and 2020.

However, “The country is already bypassing the high growth scenario,” said Park, implying that a lot of infrastructure building is required to accommodate tourism development.

Wicklein said the ADB is currently financing 80 kilometres (50 miles) of an upgrade to the East-West Economic Corridor, planned to stretch from Mawlamyine to Da Nang in Vietnam, along with other projects in the areas of energy and community development.