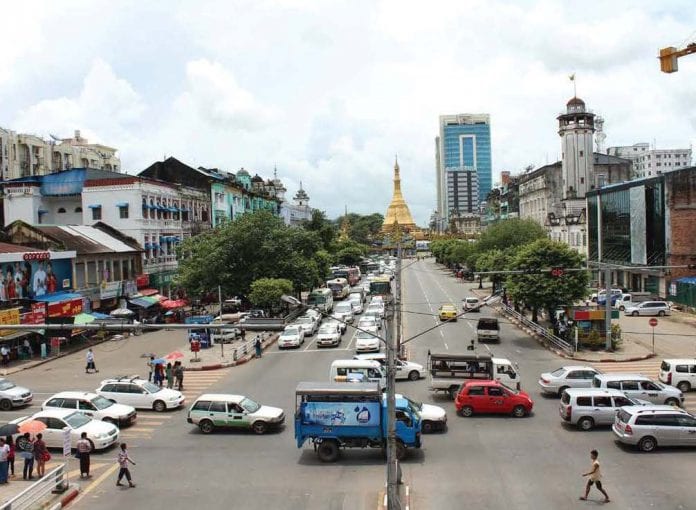 Myanmar consumers came out as the most optimistic in Asia Pacific in a recent survey carried out by American payment giant MasterCard.

However, there was a slight decline in overall consumer confidence for the region, according to the MasterCard Index of Consumer Confidence.

This decrease comes after the region recorded the highest consumer confidence score in more than 10 years in the previous survey in the first half of 2014.

Respondents were asked to give a six-month outlook on five economic factors including the economy, employment prospects, regular income prospects and their quality of life.

The Index is calculated with zero as the most pessimistic, 100 as most optimistic and 50 as neutral.

“Emerging markets Myanmar, India and Indonesia are the most optimistic because of either positive anticipation for a brighter future or excitement around their respective newly-minted governments,” said Pierre Burret, Head of Delivery, Quality & Resource Management for Europe, Asia Pacific, Middle East & Africa, MasterCard Advisors.

“The slight drop in Asia Pacific’s consumer confidence reflects an outlook of cautious optimism. Consumers across the region are holding their breath for signs of sustained economic growth and opportunity,” Burret added.

Compared to H1 2014, only the Philippines (up 7.7 Index points) and Bangladesh (up 16.9 Index points) out of the 16 Asia Pacific markets surveyed recorded a greater than 5 Index point improvement in consumer confidence.

10 out of 16 Asia Pacific markets remained stable with either muted improvements or declines.

Bangladesh recorded the single largest improvement in Asia Pacific, moving from optimistic to very optimistic territory at 83.3 Index points, up 16.9 Index points. It is the only market that saw a double-digit rise in consumer sentiment.

Additional declines were recorded in Australia (down 3.2 Index points to 34.1 Index points in H2 2014) keeping it in pessimistic territory, while New Zealand inched closer to the 50 point neutral mark after falling 9.4 Index points to 56.4 Index points. Australia’s score is the lowest since the financial crisis low in H1 2009.

“The developed markets of Northeast Asia, namely Taiwan, Japan and Hong Kong were much less optimistic in their outlook. In these markets, the wanted signs of long-term growth and opportunity are blocked by Hong Kong’s recent political crisis and Japan’s weakening yen,” said Burret.