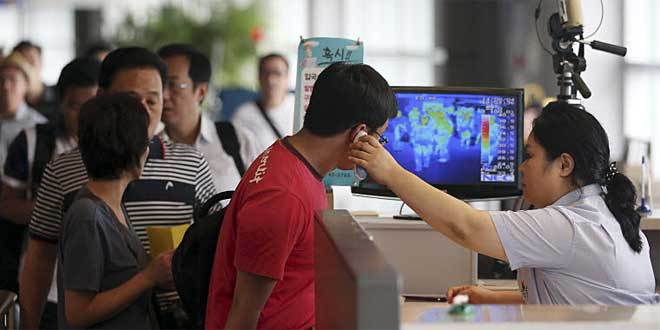 A Myanmar male citizen aged 22, who has worked in two African countries, Guinea and Liberia, was found with fever when he arrived at the Yangon International Airport back from Bangkok at 8 p.m. local time on Tuesday, the website of the ministry said.

Suspected of infecting with Ebola, he was sent to an isolated ward on the outskirts for further confirmation whether he is really infected with the deadly disease, it added.

Meanwhile, Myanmar is taking preventive measures against the spread of Ebola in the wake of the discovery of such disease in four West African countries.

Detection of the virus is being done at airports and ports by using modern equipment and training courses and infection control programs are being carried out at the country's heathcare facilities.

According to its earlier statement, the Health Ministry is cooperating with its counterparts from other countries, UN agencies, local international non-governmental organizations and civil societies for related preventive measures.