Myanmar Economy Will Not Regress, Regardless of Politics: Presidential Advisor 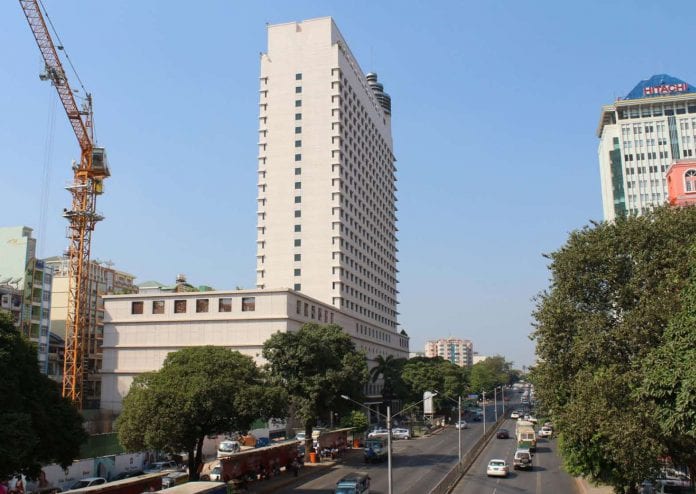 Even though there is political and social conflict, there is no chance that Myanmar’s economy will regress, Dr Zaw Oo, an advisor to President U Thein Sein, said at an economic summit.

“The economic reforms has moved forward in the past four years during this government’s term. If Myanmar politics move backward because of the results of 2015 election or some other reason, there may be some social conflict. But we won’t allow the economy to move back.”

The advisor added: “We plan not to move back and build on the foundation. That is like life-saving medicine for our country.”

However, U Thein Myint Wai, deputy director of Ministry of Commerce, retorted, “The free and transparent market system has been practiced during the current government and our country’s progress is recognised internationally. We can catch up to neighbouring countries if we continue with the current situation. But if we move backward in politics, the potential of economic development will be decreased completely.”

He said: “Economics and politics cannot be separated. If there is regression in politics, the country’s economy will suffer surely. So it is better not to move back.”

Dr Zaw Oo said that the basic foundations for a mature economy has been constructed and capacity building for human resources is being implemented in Myanmar. Therefore the country’s economy will not move backward regardless of the political situation.

“For instance, Thailand has political problems, but their economic foundation is strong, so they can continue without any loss. Another example is Indonesia. They have religious and social conflicts but their economy is still good. They are good examples for us.”

Economist U Than Soe pointed out that the number of SMEs in Thailand is 60 times more than in Myanmar. “The constitution and laws of Thailand are strong. There may be changes in Myanmar’s constitution, and the laws are not strong enough. So the country’s economy will still depend on politics.”

U Than Soe said, “I question ‘we will not move back’. What is the potential of Myanmar’s economy? In which way the exports be enough for an economy based on agriculture? Is there enough foreign investment for the development of production and technology?”

He added that besides Thilawa, no economic zone has good potential. “The implementation of the stock exchange is still underway and the Central Bank cannot still operate freely. Only a few local people invest and the participation of ethnic groups is still weak. There are many requirements to fulfil in Myanmar’s economy compared to other countries.”