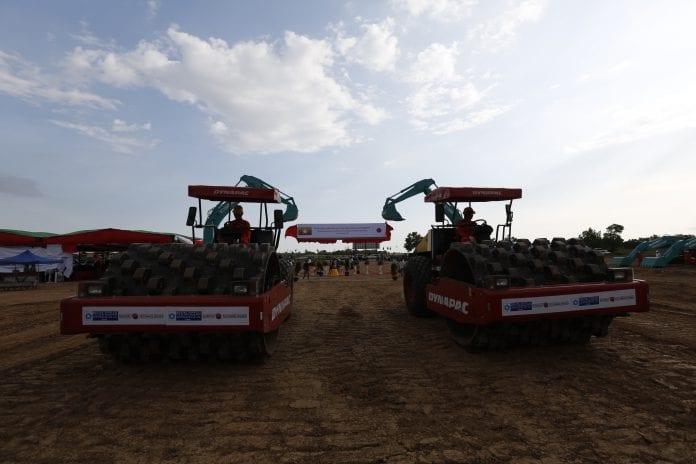 With a number of ongoing projects and more in the pipeline, Myanmar looks set to reduce its transport infrastructure gap, although a shortage of labour and materials could drive up costs.

While progress to date has been slow in part due to limited financing options, local players believe the investment environment is improving as a result of recent legal changes.

“The government’s drive to improve the legal framework in the fields of finance and ownership will widen the range of funding options going forward,” U Aung Zaw Naing, group CEO of Shwe Taung Development Co, told OBG.

“We expect this process of economic and legal reforms, together with the inflow of funds from foreign investors, to facilitate financing activities for developers and contractors in the near future.”

The expansion of local capital markets is expected to help, as well. The first phase of construction of the Thilawa Special Economic Zone (SEZ), a project jointly led by the Myanmar and Japanese governments, is set to be financed by a public offering in March. Situated 20 kilometres outside the commercial hub Yangon, the SEZ aims to raise $21 million from the sale of shares, which will be available only to local citizens and businesses.

While financing options have improved, the surge in building activity has raised new challenges. With construction of infrastructure and industrial facilities on the rise, including three major airport projects, numerous industrial zones, and large areas of the country being explored for oil and gas, the demand for resources has pushed up prices.

“The cost of labour and raw materials has increased as the result of greater competition,” minister for construction U Kyaw Lwin told OBG.

“However, the price fluctuations are less severe than those we experienced prior to the lifting of sanctions.”

Despite the problems of financing, the government of U Thein Sein appears eager to address the infrastructure shortage, with a particular focus on the transport sector.

The Japan International Cooperation Agency (JICA) is working with the Yangon City Development Committee to improve the urban rail network in the country’s commercial centre. According to JICA, Yangon is one of the most promising cities in the region for developing train networks. Because a circular railway line already exists, land acquisition will be less of an issue than it is in other major metropolitan areas, such as Jakarta.

The existing 45.9-km, 39-station loop line carries about 130,000 passengers each day. The goal is to establish a system with faster and more frequent trains, lifting ridership to around 3 million by 2040. The plan is to extend the railway to cover 350km, with at least eight main lines, including an extension to the Thilawa SEZ.

Another major project in the works is the $1.1-billion Hanthawaddy International Airport, on a site located around 80km from Yangon. Upon completion, the new facility will be able to accommodate 12 million passengers a year, with room to increase to 30 million, compared to the 2.7 million capacity of Yangon International Airport, which will continue to operate as the city’s second airport.

Last year South Korea’s Incheon International Airport Corp was identified as the preferred bidder for the 30-year public-private partnership to build, run and maintain Hanthawaddy, but those talks have since broken down, according to international media reports.

The government recently announced it would re-tender the project, inviting all four short-listed competitors to submit offers. Other bidders include a group comprising Singapore’s Changi Airport Planners, Yongnam Holdings and Japan’s JGC Corp, as well as a consortium made up of Taisei Corp of Japan and Vinci Airport of France.

Myanmar’s maritime ports are also seriously in need of an upgrade, following years of isolation and poor management, which let facilities fall into disrepair. At present, major global lines dock their motherships in Malaysia or Singapore, and send feeder vessels to Yangon Port. Located in the city’s downtown, the port has a draught of just 8-9 metres and is difficult to navigate due to two semi-submerged sandbars.

Yangon has a second, smaller port, located at Thilawa, which is more easily accessible for ships. Built in the 1990s, the port is now being enlarged as part of the Thilawa SEZ project. In December, the Ministry of Transport announced that Japan will provide a $205-million loan for construction of two new general cargo wharves at Thilawa. The government is also looking to build new deep-water ports at the SEZs located in Dawei and Kyaukpyu, although both of these projects have experienced delays.

Michael Nesbitt, editorial manager for Myanmar at Oxford Business Group (OBG), is in charge of producing sector specific research in Myanmar. Based in Yangon he works alongside a team of analysts to produce OBG’s flagship annual reports.