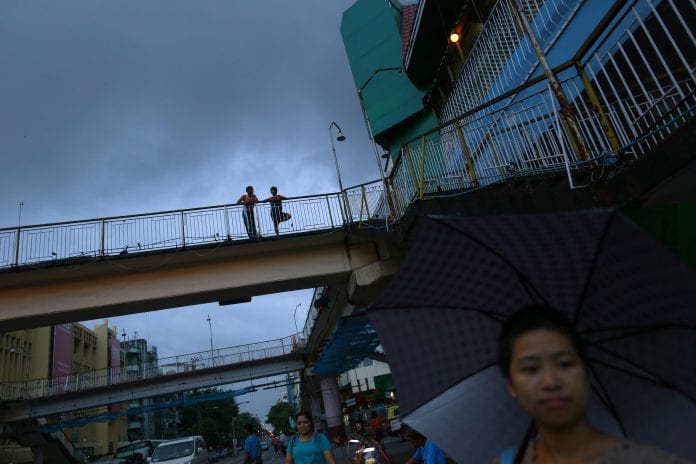 In three years, the AEC plans to integrate Souteast Asia into a single market place that allows capital and skills to move freely between the region’s countries.

The region’s less developed countries including Myanmar, Laos, Vietnam and Cambodia have extension periods until 2018 to join the AEC.

Daw Le Le Thein said Myanmar must focus on its own financial system before entering into any regional economic partnership.

“The role of the private sector will have to be expanded so they can compete with freer markets where the government cannot intervene,” she said.

By integrating Souteast Asia into a single market place, the AEC hopes to increase the region’s competiveness with leading economic nations around the world.

“Our country might not make it into the AEC right away as it has just stared reforming. But we also can’t relax thinking that 2018 is far away,” she said.

The Union of Myanmar Federation of Chambers of Commerce and Industry (UMFCCI) U Sein Htwe said Myanmar could improve its economic competitiveness by allowing the freer movement of exports throughout the country.

“Myanmar is behind in technology and expertise because it is still a developing country,” U Sein Htwe said.

Myanmar’s military junta governed the country under socialist economic policy for nearly 30 years while in power.

U Sein Htwe said if Myanmar can overcome the country’s key socioeconomic problems it has high potential for financial growth.

“There are a lot of opportunities for businessmen but there are also challenges including scarcity of skilled laborers and other labor rights issues throughout the country,” he said.

In June, the IMF forecast Myanmar’s economic growth to continue at a rate of 8.5 percent over this fiscal year, which ends in March 2015.

U Sein Htwe said authorities must continue reforming the economic system to help the country work towards joining the AEC by 2018.

The government plans to let five to 10 foreign banks operate services throughout the country later this year in hopes these financial institutions can support economic development.