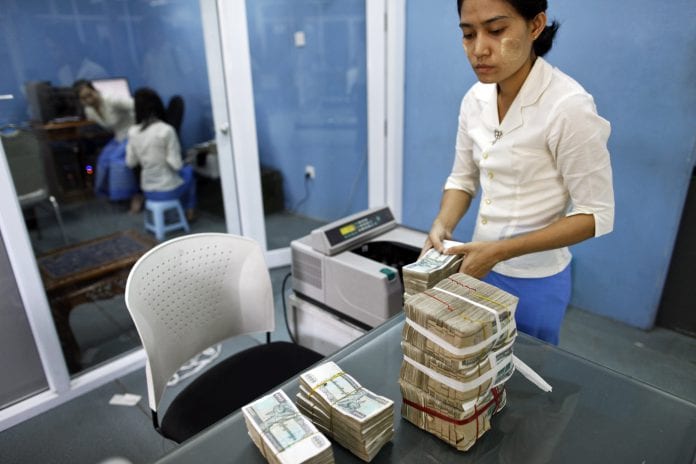 Myanmar is one of the last countries in Southeast Asia to develop a financial services industry and seems to continue to be impacted from the banking crisis of 2003. Sophisticated finance mechanisms and banking products have not yet been introduced to the market. However, the sector is currently undergoing a reform process, which once complete, will provide a platform for tremendous changes in Myanmar’s finance and banking sector.

The opening of the country in 2012, and the floating of the national currency the Kyat, set the stage for meaningful financial sector reform. One of the major steps in this process was the passing of the Foreign Exchange Management Law (FEML) in 2012, which allows international investors to open foreign and local currency accounts. The FEML enables foreign investors to transfer payments for all its companies regardless of their MIC Permit. Under the 2013 Myanmar Central Bank Law (MCBL), the Central Bank of Myanmar (CBM) is given greater independence as a policy-making body and no longer under the control of the Ministry of Finance.

There have been various reports regarding expectations to adopt Basel III capitalisation requirements, which are a voluntary regulatory standard for bank capital, stress testing and liquidity risk, in Myanmar. Additionally, the run up to the opening of the Yangon Stock Exchange will herald new laws and bring enhanced scrutiny on financial regulations as a number of companies queue to sell their shares.

But Myanmar’s financial sector faces several challenges during the reform process. Opening up the country to allow competitors (foreign banks) to offer services is one matter, to meet international standards is another one. Another obstacle is the weakness of basic institutions and infrastructure. Foreigners that come to this country the first time will have to get used to the common sight of people carrying cement sacks of money from the bank to pay their rent or to buy a car – Myanmar is likely to remain a cash-based society in the near term.

According to a report by KPMG, the financial sector remains still a largely underserved market. Less than 20 percent of the population has access to banking services and the number of people actually using the said services amounts to just five percent of the population. Particularly impacted by the lack of access to financial services are people living in rural areas like farmers. Land is a favoured collateral for banks for lending and therefore mostly a restricted financial service for landholders.

Based on the current legislation, foreign banks and financial institutions are restricted by the CBM to conduct business in Myanmar and are only allowed to set up a representative office in country. Over the past months the government has indicated its willingness to loosen the restrictions on foreign financial institutions. The government’s initial plan indicated three major steps for the sector:

1) Establishment of representative offices by foreign banks in Myanmar – which has already occurred;

2)Entry by foreign banks engaging in directed operations as allowed by the CBM; and

3) Issuance of licenses to foreign banks to open branches in Myanmar.

According to a report from Reuters earlier this year, an official document was sent to a number of foreign banks that had already established representative offices in Myanmar, inviting them to apply for a foreign banking license. The government’s plan will grant up to 10 licences to foreign banks allowing them to open a branch office in Myanmar to grant loans to foreign companies and local banks. Similar to the bid in the telecommunication sector, the biding process for banks is being overseen by a foreign consultancy firm.

This move will be a step forward in liberalising the banking sector, but it is not without controversy. While foreign bank see the lifting of restrictions as an opportunity to enter new markets, local banks fear that their competitiveness will be decreased.

Local banks claim that they have not been able to adequately prepare for deregulation because of the lack of information given by the government regarding the planned changes in Myanmar’s banking sector.  Local banks are not only worried about their decreasing competitiveness, but also fear losing their most capable staff to foreign banks.

Notwithstanding the conflicting interests of the affected parties in this reform process, a functioning financial system is a necessary facilitator for Myanmar’s continuous development and will require a strong reform strategy, which supports the sector’s rapid development while ensuring its stability, efficiency, and accessibility.