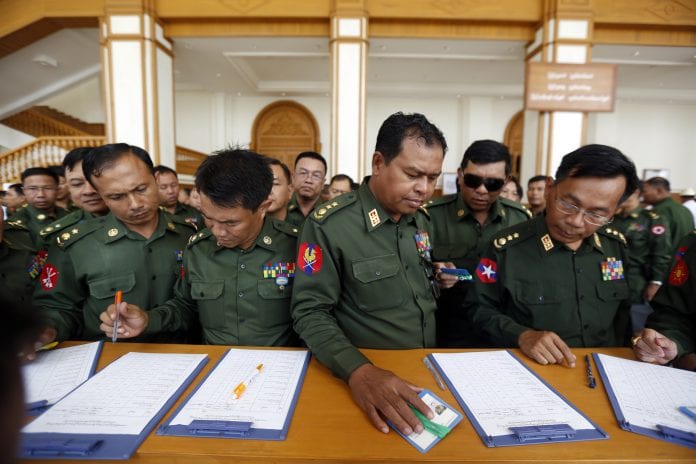 Myanmar has formed an Anti-Bribery Commission to fight corruption and bribery in government organisations, according to an announcement from the President’s Office.

The 15-member Anti-Bribery Commission is headed by U Mya Win, a retired military serviceman.

Former ambassador U Tin Oo was assigned as secretary to the commission, the announcement said.

The formation of the committee is aimed at helping build good governance and a clean government, it added. Myanmar’s current government took office in March 2011.

The government last year enacted an Anti-Corruption Law, which aims to eradicate graft through a transparent government to protect the public from losses related to corruption, to take effective action against corrupt public officials, improve the country’s economic development and attract foreign investment.

An anti-corruption working committee – chaired by Vice President Sai Mauk Kham – was put into place on January 8 last year, but the Anti-Corruption Law called for a new commission to enforce the legislation. According to the law, passed in July last year, Myanmar nationals aged between 45 and 70 can be elected as members of the commission, whose period of service is to coincide with the president’s and may only last two terms.

The commission is comprised largely of former government staff whose previous work is less known to the public.

Lawmakers expressed hope last week that the new commission would effectively root out corruption in Myanmar, which ranked 157 out of 177 countries on Transparency International’s annual survey of corruption perceptions last year.