Myanmar: From Foreign Investment to Improvement at Home 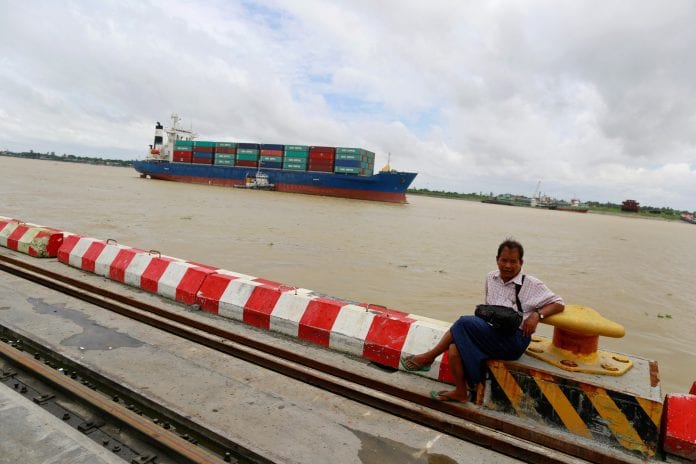 There must have been a sigh of relief as Ooredoo, a Qatar-based telecoms company, started offering its long-awaited SIM cards to Myanmar people, who would previously pay hundreds of dollars for somewhat dysfunctional services. Telenor, another foreign telecoms licence winner, vowed to provide network coverage for 90 percent of Myanmar’s population within five years. Myanmar has never had it so good.

The two foreign companies are welcomed by the government as they upgrade the country’s outdated telecommunications infrastructure – one of the aims specified in the Foreign Investment Law (FIL) of 2012. However, as streams of overseas investors continue to reach Myanmar’s coasts, doubts remain as to how to tailor foreign direct investment (FDI) to Myanmar’s advantage, given that benefits of FDI to foreign firms do not always coincide with those to the host country.

As economic history of this country shows, Myanmar’s development path would be extremely bumpy without transnational corporations (TNCs), which are conducive to diffusing technical knowledge and management techniques to the people, and generating employment and taxation for the state – two other aims the FIL states.

FDI has an additional benefit of diluting monopoly power at home by exposing rent-seeking enterprises to global competition, as most economists note. This is pertinent to Myanmar, where local cronies are often accused of tilting the system to their advantage. Competitive pressures would foster efficiency and drive prices down, and Myanmar people would have the most to gain.

That said, the presence of capital-abundant, high-tech TNCs in Myanmar is a bane for domestic industry, which are still in their infancy. The ‘infant industry’ argument, as it is called, stipulates that developing countries should shield some industries from overseas competition so that they can grow and compete with foreign flagships on a level-playing field. Otherwise, developing countries will be condemned to low-level productions of, in Myanmar’s case, mining, jade and gas, which are subject to volatile price fluctuations beyond Myanmar’s control.

Developing states, therefore, face a dilemma: either inviting TNCs to curb local industry in its cradle, or protecting local industry to embrace stagnation, since there is no way for local industry to learn and adopt modern technologies in an autarkic environment deficient of the most basic infrastructure.

To provide a way out of the dilemma, “[s]tates need to maintain a certain level of control and input into the activities of foreign investors to ensure that they maximise the benefits to the host country,” Robert O’Brien and Marc Williams, two scholars of global political economy, posit.

Aung San Suu Kyi, the opposition leader, echoes this view. “We understand that investors do not come purely for altruistic reasons. We accept that investments must pay off, investment must lead to profits. But we would like these profits to be shared between the investors and our people,” said the Lady in her address to an International Labour Organisation conference in Geneva in 2012.

The Foreign Investment Law of 2012 appears to adopt this approach. First and foremost, it guarantees against nationalisation and expropriation and establishes the right to use land. This ensures the inflow of FDI to begin with. What the state needs to do is to honour its promise and thus uphold its credibility.

One point of significance is that the FIL, unlike its counterpart in 1988, now requires foreign firms to appoint Myanmar citizens to at least 25 percent of skilled positions in the first two years, at least 50 percent within the second two-year, and at least 75 percent within the third. The time limit is flexible in that it may be increased “based on knowledge”. This enables Myanmar elites to learn the best skills and practices from global champions, and ultimately, to create Myanmar’s own national brands.

The FIL states that unskilled jobs at TNCs are reserved for local workers only. The law rules out an increasingly popular practice of replacing local workers with their own countrymen. It serves to provide employment opportunities to millions of unskilled workers in Myanmar, who receive wages to improve their living conditions.

One breakthrough of the FIL is that it relaxes foreign ownership of joint ventures in restricted sectors ranging from natural resources to manufacturing which “can be carried out by the citizens”. Foreign entities can now own at most 80 percent of a restricted business, up from 49 percent before the current FIL is in place. Ownership is often more of a national security concern than an economic one, and provided that the investment does not pose a threat to Myanmar, a few more Myanmar nationals in the board will not facilitate learning, boost employment or improve infrastructure in any meaningful way.

Placing restrictions on FDI would inevitably trigger accusations of economic nationalism. Myanmar ranked second in terms of FDI regulatory restrictiveness in 2012, according to OECD. This is no cause for concern: China, arguably the most successful emerging economy, topped the league.

The official approach to FDI will only work if and only if TNCs are willing to invest in Myanmar. Currently, optimism trumps paranoia. The US sees Myanmar as a vital part of its ‘pivot’ to Asia, and is likely to lift the remaining sanctions on Myanmar. Japan and China have waged “an implicit battle” for hearts and business across the world, argued David Pilling in the Financial Times, and Myanmar is by all yardsticks a major battleground. Myanmar’s strategic position has made itself an ideal destination for capital.

Foreign investment was five times higher in fiscal year 2012-13 than in 2011-12FY, official figures show. Half of the investment went to garment manufacturing, where employment and learning processes are significant, although manufacturing only accounts for 9 percent of total FDI as of April.

Optimism, however, is no excuse for complacency. This is not an era when state leaders make decisions for companies. The union government must show commitment to reforms in order to establish Myanmar as a formidable rival to Cambodia, Vietnam and Thailand.

To win this competition, Myanmar should quicken its improvement of infrastructure. There is a desperate need to provide reliable electricity and internet connection, and upgrade the country’s antiquated roads and transports. The success of the Ooredoo case should be copied and extended to all these sectors with the help of foreign companies. Only with sound infrastructure can both local and foreign investors spring.

Education is another point of concern raised by many investors. Doan Nguyen Hansen, a senior partner with McKinsey, told Reuters that Myanmar people have only four years of education on average. This resulted in weak productivity rates, according to Nguyen, is 70 percent below that of Myanmar’s regional rivals. While the government is right to expand budget on education, it should also aim to improve the quality of education, which has been featured by its reliance on rote learning.

Many investors are also deterred by highly inflated property prices in Yangon, which are way above those of regional peers. A clampdown on property bubbles, together with investments in education and infrastructure, should ease inflationary pressures and allow room for the Central Bank to lower the current punitive interest rates which are as high as 13 percent. Lower interest rates reduce the cost of borrowing for domestic firms and spur investments.

Last but not least, institutions rule, argued Dani Rodrik, Arvind Subramanian and Francesco Trebbi in their econometrics paper. The three scholars demonstrate with statistical evidence that institutions are the single most important determinant of a country’s income level. Myanmar state authorities need to establish a clear set of rules that favour nobody, and this will take time. Press freedom is required to shed light on unwanted state discretions and act as a check to the system.

Ooredoo has now laid the groundwork for Myanmar’s development – the easy bit. The difficult bit is for Myanmar to direct foreign investors to the betterment of the nation. The momentum is there. Myanmar must not let opportunities slip.