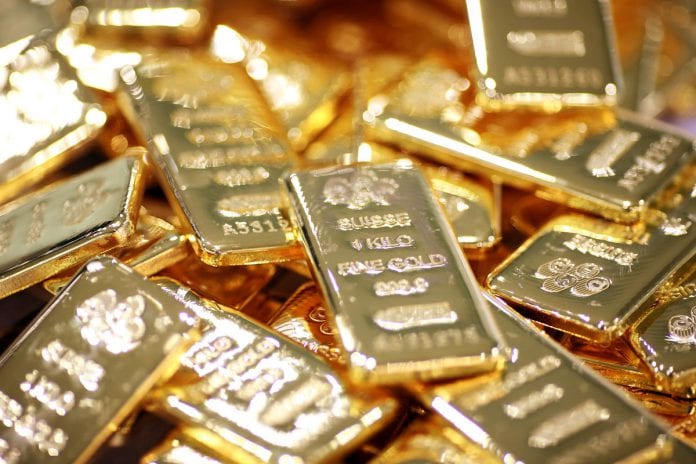 Gold prices in Myanmar have reached record levels in June, with demand for the metal soaring after two weeks of exchange rate fluctuations left dollars in short supply and the local kyat currency weak.

A tical is the local measurement for gold, equal to 0.576 ounce.

The previous high was in 2012, when prices reached 793,200 kyat, according to the Myanmar Gold Entrepreneurs Association, which started keeping records when it was set up in 1988.

The international bullion price hit a record high of $1,920 an ounce in September 2011 but has languished of late and traded around $1,200 on Friday.

Lacking an adequate financial system for decades, many people in Myanmar prefer to invest in gold as a safe haven rather than use traditional banking methods.

The rudimentary financial sector has expanded rapidly since the end of 49 years of military rule in 2011, but many people still lack confidence in banks or have only limited access to them, particularly in rural areas.

Only 23 percent of adults in Myanmar have bank accounts, according to 2014 data from the World Bank.

"Most of the people think it is a complicated process. Gold is easier to buy and keep."

Myanmar started a managed float of the kyat in 2012 to try to end the disparity between official and unofficial exchange rates.

The move was the first significant financial reform by the technocrats installed by the quasi-civilian government that took over from a junta criticised for its decades of economic mismanagement.

But the gap between the different exchange rates has widened recently, with dollars in short supply as Myanmar's imports outpace exports. The trade deficit jumped 88 percent to $4.9

billion in the fiscal year that ended March 31.

On Wednesday the central bank started unrestricted sales of foreign currency at its own specified rate to help importers.

The dollar was offered at 1,170 kyat in exchange kiosks in Yangon on Friday. The official exchange rate set by the Central Bank was 1,110 kyat. (Reuters)