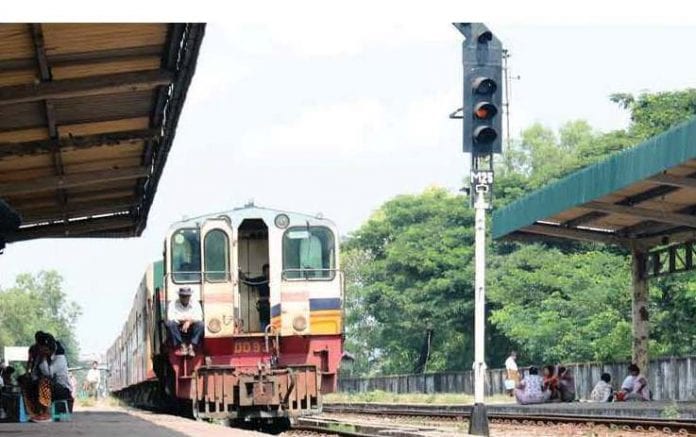 Although the government has previously expressed intentions to introduce electric trains, the high cost renders the project impossible for the time being, according to an official from Myanmar Railways.

“We regard operating a short-distance train along Strand road in downtown a priority over the electric train project. Getting sufficient electricity and meeting the financial requirements has proved challenging. So we consider this a hypothetical project,” U Tin Wai, assistant general manager from the state-run enterprise, said.

The enterprise is preparing to upgrade the circular train lines to international standards to attract more passengers. A new train line has been launched connecting Pansodan to Htawlikwae in Ahlone township along the waterfront of Yangon. Based on the number of commuters on the new track, the plan to retrofit the line with electric trains will be considered at a later date.

The new train track employs two trains with 60 seats each that will run 14 round trips daily.

Myanmar used electric trains in 1994 and 1995 but the plan to deploy them again is held back by insufficient access to electricity.

Meanwhile, Japan International Cooperation Agency (JICA) is helping the government upgrade the circular train lines. The total expenditure for the project is estimated at $2 billion.