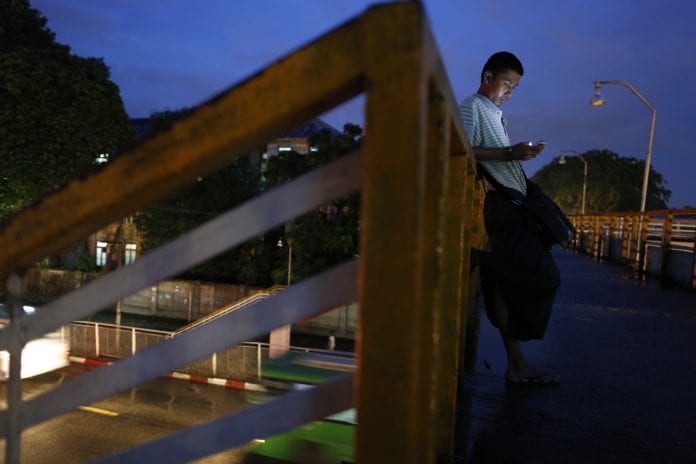 When UK-based businessman Ryan Taylor arrived in Myanmar in early 2012 looking for potential business opportunities in the recently opened country, it took him three days to track down a SIM card.

“Even after I eventually found one, I couldn’t believe that it cost me more than $100,” he said. “I’d been in Thailand a few days prior to that and had got one for free.”

After a short visit, Ryan returned to Myanmar a few months later and found that the SIM card he had bought no longer worked. “Apparently, because I hadn’t used the SIM for so long, it had just expired. With all the challenges already presented from operating within Myanmar, the last thing you need is trouble using a phone.”

Thankfully, woes like Ryan’s will soon be a thing of the past as last week the government finally granted licences to the two international companies looking to roll out their services across the country.

Qatar’s Ooredoo and Telenor of Norway were announced as the bid winners on June 27 2012, but had to wait seven months, while the Ministry of Communications and Information Technology clarified the Telecommunications Law, to be granted the 15-year licenses.

According to a press release from the ministry, the licenses will “authorise each operator to build, own and operate a telecommunications network and to provide the full  range of public fixed and mobile telecommunications services on a nationwide basis.”

During the country’s military-run era, the telecommunications industry was tightly controlled and SIM cards would often cost upwards of $1,000. The price has dropped significantly since then, but even today on the black market they are rarely available for less than $100.

It is thought that when Ooredoo and Telenor role out their services within the next few months, SIM cards will be available for K1,500 ($1.70). In a country where an estimated 10 percent of the 60 million population has access to a mobile phone, clearly there is huge potential for growth for the two companies, who will also compete alongside local operators Myanmar Posts and Telecommunications (MPT) and Yatanarpon, both who are planning to team up with other international companies in order to make themselves more competitive in the market.

Telenor, which is part owned by the Norwegian government, plans to launch its services within eight months and is looking to achieve 90 percent network coverage within five years. The group also said in a release last week that it plans to breakeven on its investment within three years.

“A major milestone has been passed with the acceptance of the nationwide telecommunications license agreement with the Myanmar government. Telecommunications is a strategic sector in enabling the advancement of key industries, and this license agreement marks the beginning of an exciting journey in Myanmar’s development,” said Jon Fredrik Baksaas, president and CEO of Telenor Group.

Ooredoo have revealed that they plan to roll out their services within six months.

“We are delighted to be here today to accept our license,” said Ooredoo Group Chief Executive Dr Nasser Marafih, who attended the ceremony to sign the license in Nay Pyi Taw. “The government of Myanmar can be proud of a well-run license process. We look forward to continuing to work alongside the Union Government as Myanmar develops socially, economically and technologically.”

The licences were granted prior to approval of the telecommunications rules and regulations, which will be released in February, U Than Thun Aung, director at Telecommunications Department of the ministry told local research group Thura Swiss. The drafted rules and regulations include licensing, spectrum, access and competition rules and, once finalised, the ministry said it will invite tenders for services including internet, call centres and Wifi to private companies.