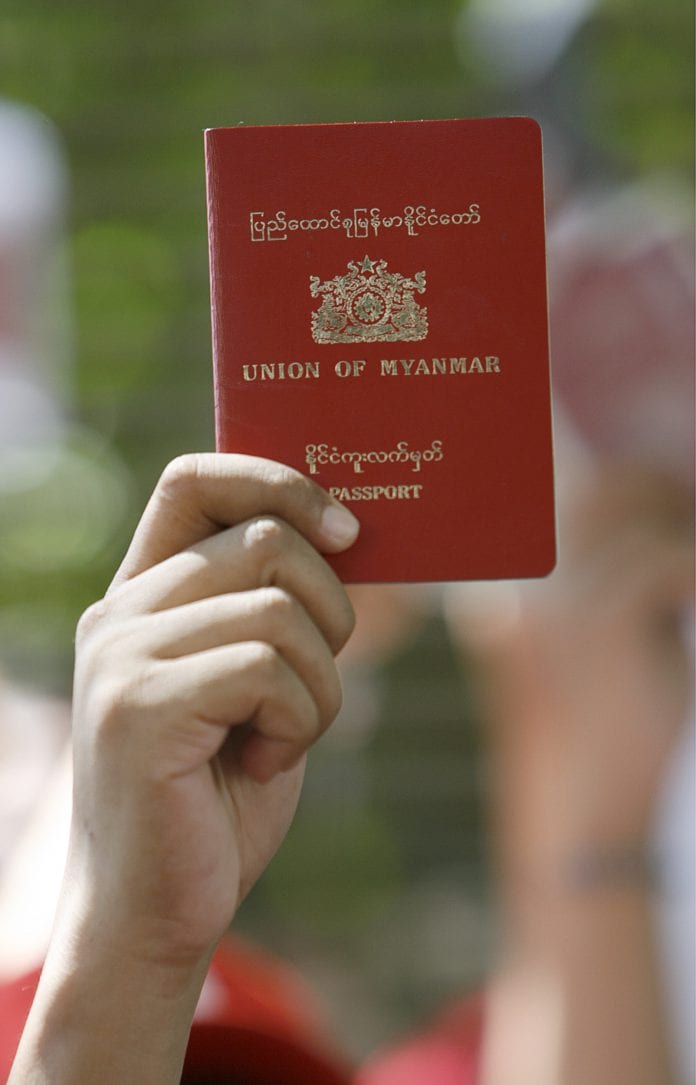 The authorities have opened 15 new passport issuing centres in Myanmar last week in addition to the existing two offices in Yangon and Mandalay.

The new offices were opened in each seven states and seven regions of Myanmar, and also in the country’s capital Nay Pyi Taw, U Kyaw Zeya, deputy head of the Passport Department, said.

The move comes amid a slew of attempts taken by the Passport Department since 2012 to make it easier for Myanmar citizens to get a passport, which was prohibitively difficult to obtain even a couple of years ago.

In the past, passport issuing and renewing process was mired in red-tapes, bureaucracy and corruption, while many applications were arbitrarily rejected.

In November 2012, the department decided to extend the validity of new passports from three to five years without paying extra.

In March last year, the authorities introduced a host of new measures aimed at simplifying the process to obtain passports which included cancelling one aspect which forced applicants to pay money towards an education authority when applying for a passport as compensation for leaving the country.

Also, in September the passport department introduced counter-corruption measures including allowing people to submit complaints to the passport delivery department if they are asked for bribes in order to speed up the process, U Kyaw Zeya said.

If the purpose of travel is for getting medical care, a passport will be issued within three to five days, the passport department said. The department is also providing free home delivery of passports for applicants over 60 years old.