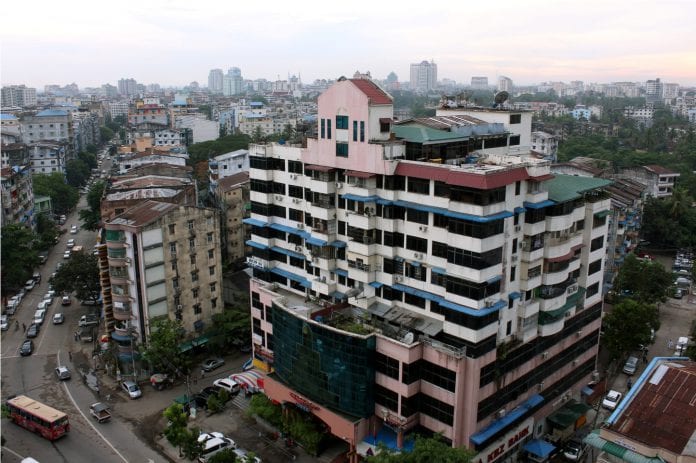 The government will set standards on property rental prices in an attempt to curb sky-high prices in the real estate rental market, a minister said.

Standards for real estate sale transactions were introduced in the 2013-14 fiscal year, following approvals by relevant state and regional governments.

Such standardisation will also be conducted for the rental market, deputy minister for finance Dr Lin Aung told a lower house session of the parliament.

“We impose taxes based on the closest value to the actual rental prices on the market in relevant townships. We are currently planning to set standard rental prices,” he said.

Despite the cooling down of the real estate sale markets in major cities like Yangon, Mandalay and Nay Pyi Taw, the rental market is still seeing an annual increases of 10 to 50 percent, real estate agents say.

“Landlords rack up prices when six month or one year rental contracts are up. I welcome the government’s decision to address this issue, but setting standard prices will be difficult due to various types of houses and apartments,” said a renter in North Dagon township.

The previous taxation on real estate transactions were implemented by township-specific price inspections and setting up committees, which were formed by representatives from the Internal Revenue Department, Police Force, Land Records Department, Project Planning Department and Development Councils.

A landowner in South Okkalappa township predicted that even though he does not understand how standard rental prices are set, the price change would simply exist on paper and never actually be applied in practice.

The real estate sector has been receiving heavy investment over the past two years, like the previous booms in the gold and car markets. The continued reforms and opening up of the economy has also contributed to increased investments in the sector, with growing price manipulations by owners who control a large number of properties.

Until 2005, the government imposed a 57 percent tax on real estate sales. After 2005, an altered regulation that does not require buyers to reveal income sources if they pay a 15 percent tax rate continues to drive investment in the sector.