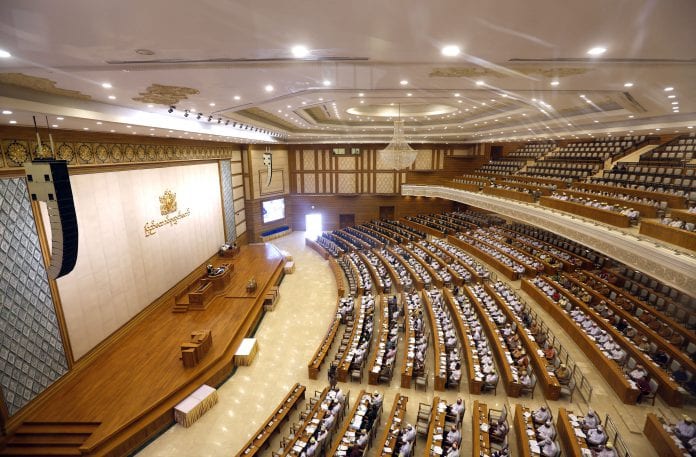 Myanmar's ministers of information and health have resigned, state media reported on Wednesday, the latest changes in a cabinet that has been grappling with a host of problems as the country presses on with reforms after decades of military rule.

The New Light of Myanmar newspaper reported that President Thein Sein had "allowed" Information Minister Aung Kyi and Health Minister Pe Thet Khin to step down "of their own volition".

No reason was given for the resignations but the work of both of their ministries has been in the public spotlight in recent months. Neither of the two men was available for comment.

Several times in the past, ministers who were reported as having stepped down "of their own volition", were later found to have been forced out of the cabinet.

Myanmar's reform process has moved rapidly under President Thein Sein, a former military commander whose changes since 2011 have helped persuade Europe and the United States to roll back crippling trade sanctions.

But problems including ethnic violence and harsh sentences for four journalists under an official secrets act have raised concerns both inside Myanmar and among foreign allies.

Presidential Spokesman Ye Htut, who is also the deputy minister of information, told Reuters that the president had exercised his right to accept the ministers' resignations but he also hinted that the president wanted the two out of his team.

"Just like a coach of football team, he has the right change both the players and the game plan depending on the results so far to improve the performance of his team in the remaining time," Ye Htut said.

The United States has been seeking to encourage reforms in the strategically important country in Asia, where Washington is competing for influence with an increasingly assertive China.

President Barack Obama has sought to present Myanmar as a foreign policy success, but its handling of ethnic and religious tension and other human rights issues has been viewed in Washington with growing concern.