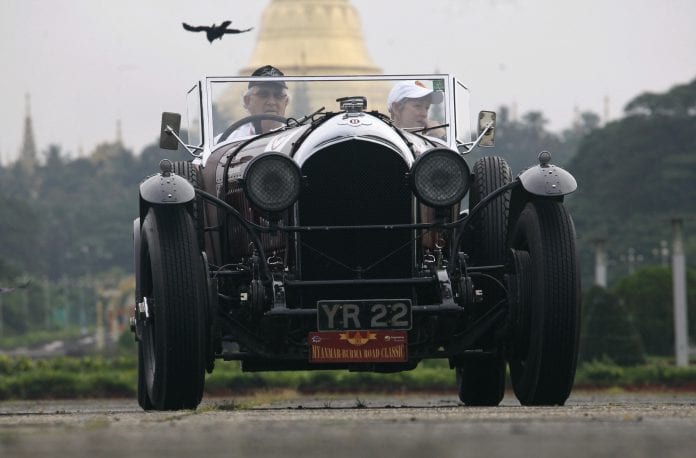 Last week, twenty classic cars rolled through Yangon to begin a two-week trip around the country aimed at raising awareness of the numerous classic cars in the country, and to stop them from being destroyed.
The cars, which include marquees such as Mercedes-Benz, Rolls Royce and Chevrolet, are embarking on a 1,429 kilometre trip that will take in Inle Lake, Bagan and Ngapali Beach.
Nine of the vehicles have been shipped in from abroad specifically for the trip, while the remaining 11 have been in Myanmar for some years.
“I have watched what the country has achieved over the last 30 months and it’s astonishing,” Richard, a driver of the 1956 Mercedez-Benz told AP with reference to the economic and political changes taking place in the country.
Formerly part of the British Empire, classic European cars have long remained in Myanmar after independence, but until the government began easing restrictions on car import in recent months, cars were solely for the elites of Myanmar’s society and many of the older cars were sent to the junkyard.
“It’s very sad to lose these old cars,” said Zaw Phyo Linn from the Myanmar Classic Cars Club and who is participating at the event. “Our intention for holding the event is to let people know that these cars are valued and encourage them not to destroy them,” he added.