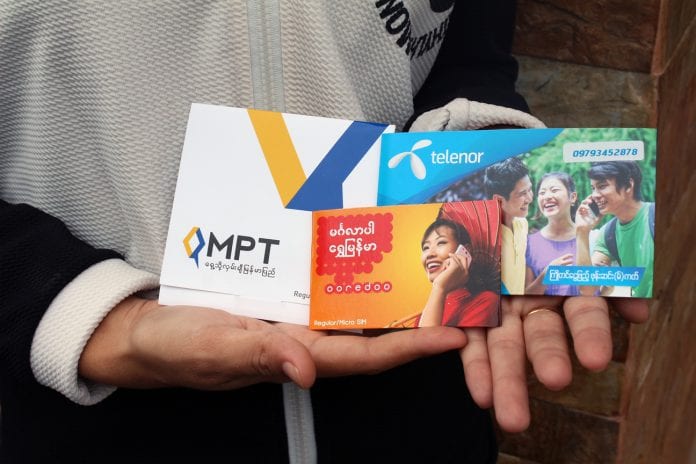 Myanmar mobile phone users will have to pay a 5 percent tax on top-up cards from June 1, the country’s telecommunications ministry announced last week.

The opening up of the telecommunications industry to foreign investors has been one of the most successful economic reforms undertaken by the semi-civilian government since it took power in March 2011.

The number of mobile phone SIM cards in the south-east Asian country of 51 million people has shot up to more than 18 million from around one million just three years ago, according to data compiled by Reuters.

Telenor’s shares rallied to an all-time high earlier this month after it reported a surprise profit at the Myanmar unit. Telenor launched last August in Myanmar and already has 6.4 million subscribers.

MPT has 8.4 million customers and Ooredoo has 3.3 million.

"We were very disappointed to hear this news," said Myint Shwe, a downtown retailer of SIM cards and top-up cards.

"The government just can’t wait to levy taxes while the services of all operators still remain short of the users’ expectations."

He didn’t expect it to impact usage though. SIM cards now cost a fraction of what they did under the military government, which placed strict curbs on communications during its 49 year rule. (Reuters)