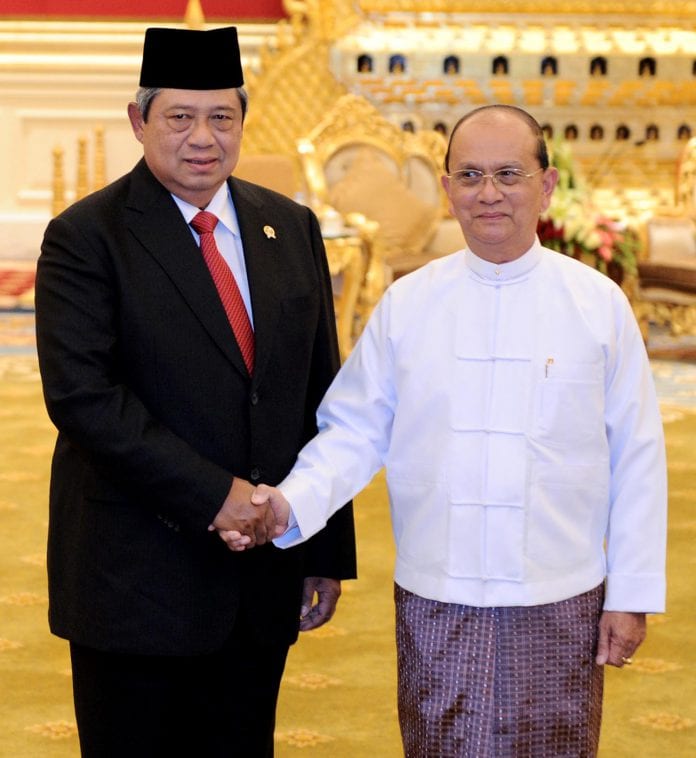 Myanmar and Indonesia have signed an agreement on visa exemption for ordinary passport holders in a bid to boost tourism and trade.

The agreement was signed by Myanmar Foreign Minister U Wunna Maung Lwin and his Indonesian counterpart Marty Natelegawa on the sidelines of the ASEAN Foreign Ministers’ Meeting in Nay Pyi Taw.

Marty said the agreement is vital to help improve relations between the people of both countries, increase connectivity among ASEAN members and boost local and regional tourism.

“Relations between Indonesia and Myanmar are really good in terms of historical perspective –both countries have experienced a process of democratic transition,” he said.

The agreement marks a further step toward an ASEAN Common Visa by 2015, as stipulated in the ASEAN Framework Agreement on Visa Exemption signed in Kuala Lumpur on July 26, 2006.

Besides tourism, both the countries expect to increase their trade and investment cooperation through this deal, Marty added.

“Myanmar is now an increasingly open economy, which creates opportunities for our entrepreneurs to cooperate,” Marty said.

The agreement is expected to help both countries reach a bilateral trade target of $1 billion in 2016.

The visa exemption will take effect within May, Presidential Spokesman U Ye Htut said.

Myanmar have signed visa exemption agreements with Brunei, Laos, Cambodia, the Philippines and Vietnam, and negotiations on the move are underway with Malaysia and Singapore.