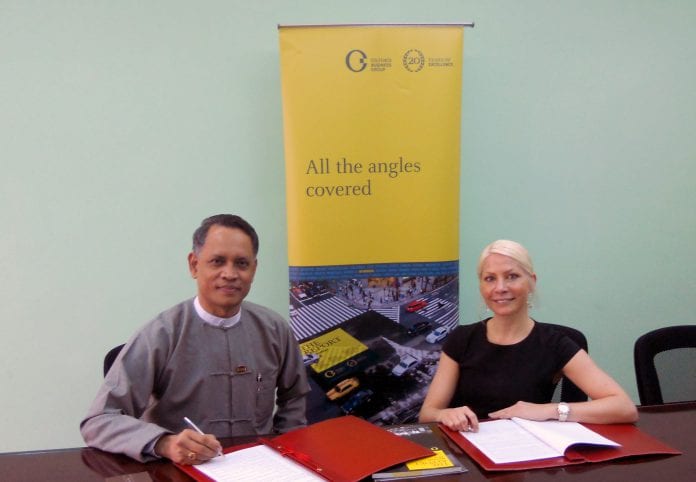 The Myanmar Investment Commission (MIC) has extended its agreement on research for three years with the UK-based publishing firm Oxford Business Group (OBG) to produce the latter’s second country report for Myanmar.

Under the memorandum of agreement (MoU), OBG will have access to the commission’s resources as it begins its research for The Report: Myanmar 2015, the firm said.

“The publication’s success and a commitment to keeping the growing number of international investors updated on Myanmar’s developments were determining factors in the commission’s decision to extend its agreement with Oxford Business Group to three years,” he said.

“As the Group’s primary partner, we look forward to assisting its team in their research by providing potential investors with comprehensive market entry point information.”

“The forthcoming presidential elections that will take place next year, together with Myanmar’s growing presence on the regional stage, will only heighten investor interest in the country,” she said.

“The Myanmar Investment Commission has been spearheading the government’s efforts to boost foreign direct investment as the country’s ambitious reform programme gains ground. I am delighted that we will benefit from its input for our 2015 report, which is due to be published as Myanmar approaches yet another pivotal point in its history.”

The Report: Myanmar 2015 will explore the part that new legislation and wide-ranging reforms are playing in driving growth since the lifting of most Western sanctions, OBG said.

The publication will also shine the spotlight on the raft of transport infrastructure projects set to be rolled out, which range from new airports to road upgrades, the firm added.