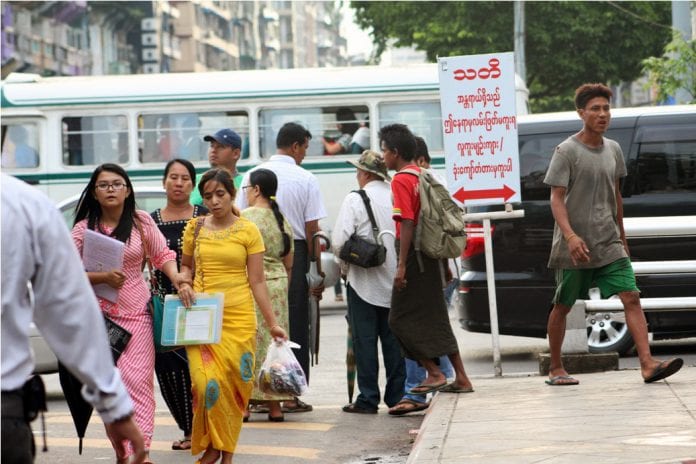 The rapid economic transformation of Myanmar, less than two years after transitioning from military control and opening itself to the world, is not without its rough patches, the nation’s top economic minister said.

At the same time, George Soros, one of the earliest investors in Myanmar’s economy and even more so its social reform, said he was troubled by the slowdown in reforms ahead of next year’s elections. Still, he believes multinational companies must be involved in one of Southeast Asia’s last untapped areas.

Describing a complicated web of land ownership rules and regulations, he expressed hope it would be fixed in the next year.

“I think we will have a comprehensive umbrella law on land policy and land use within six months to a year,” Soe Thane told Reuters on the sidelines of a Myanmar investment conference.

“And after that, we have to go for water reform. It’s a big issue for agriculture, forestry, industrial development,” he said.

Parliamentary elections will take place next year, for the first time since President Thein Sein embarked on the reforms that dismantled control by the military, which ruled the Southeast Asia nation since seizing power in a 1962 coup.

While the US has suspended economic sanctions, they have not been lifted entirely and large swaths of the Myanmar economy remain off limits because of rules governed by the US Treasury’s Office of Foreign Assets Control (OFAC).

OFAC maintains the Specially Designated Nationals (SDN) List, a so-called black list that forbids US nationals or companies from doing business with persons or entities listed.

Given the country’s history of military control and its persisting influence over the economy, plus a legacy of drug trafficking, the names of a significant number of Myanmar nationals and companies can be found on the SDN list.

“It is better than nothing that reforms were suspended, but we prefer lifting them,” Soe Thane said.

Soros, who sat beside Soe Thane during a panel discussion, said that 20 years after establishing an office for his Open Society Foundation in Myanmar, he had “stuck it out.” The reforms process had been “a wonderful experience, up until about half a year ago,” he said.

“Things have come to a standstill because the elections are now casting a shadow on the activities. I hope it will restart after the elections, because it does need to be restarted,” Soros said.

There is still a land grab under say, said the billionaire investor, and American companies need to be careful about the provenance of titles on properties in order not to fall afoul of OFAC. He also expressed concern about the racial tensions that have flared up, with anti-Muslim violence leaving hundreds dead since 2012.

However, Soros said he believes multinational corporations cannot ignore Myanmar, where the government expects foreign direct investment will grow to more than $5 billion in the fiscal year starting in April.

Soros has invested several million dollars through businesses run by Serge Pun, chairman of the SPA Group, he said, but not directly.