Myanmar, Japan to Cooperate on Tourism Development in Bagan 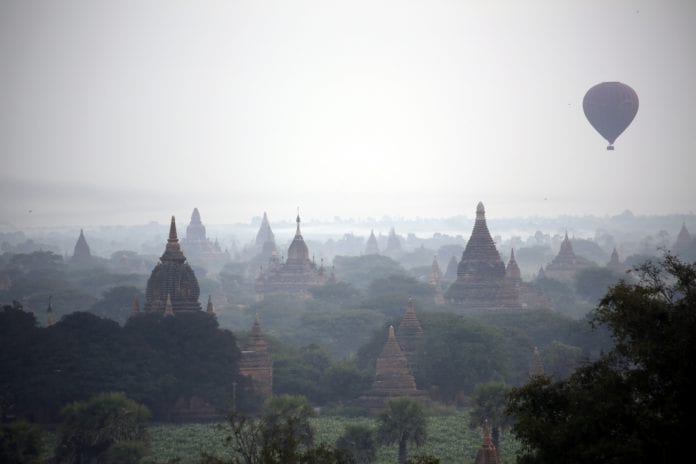 The Ministry of Hotels and Tourism and Japan International Cooperation Agency (JICA) will conduct a feasibility study for a project to establish a pilot model for tourism development in Bagan, an ancient city in Mandalay region.

The study includes a technical cooperation project for improvement of tourist infrastructure, human resources development and heritage and environmental conservation, the ministry said.

On April 10, the ministry and JICA signed a record of discussion for the project that aims to further develop the tourist industry in Myanmar through technical cooperation between the two countries.

Recently, the Ministry of Hotels and Tourism drew the Myanmar Tourism Master Plan (2013-2020) with the assistance of international organisations. The plan identifies the need to conserve Bagan and control tourist developments. Zoning laws have been approved that exclude all hotel development near or on the pagoda sites.

However, there are genuine concerns that commercial development will cause irreparable damage to the historical park and the JICA team is commissioned with the task of identifying measures that will prevent damage or overcrowding.

Since the current quasi-civilian government took office in 2011, tourist arrival in Myanmar reached 1.06 million in 2012 and 2.04 million in 2013, according to official data.