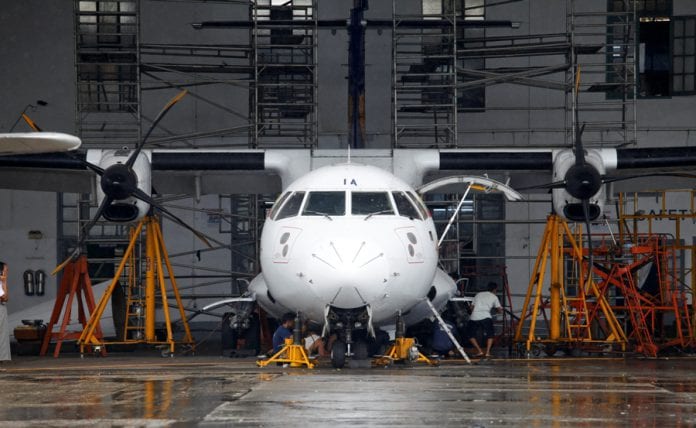 Myanmar aims to lure private companies to upgrade and run nearly half its airports in a bid to spruce up its poor record on air safety and support a fast-growing tourism industry, officials said on Tuesday last week.
Myanmar has an air accident rate nine times the world average, aviation authorities say, and there are fears the figure could rise as the government aggressively expands the industry and private airlines add flights in a growing economy.
The government plans to invite local private firms to upgrade and run 32 of the 69 airports across Myanmar “with intent to improve the service as well as the image of the airports,” said a senior official of the Directorate of Civil Aviation, who sought anonymity as he was not authorised to speak to the media.
Myanmar’s main international airport in Yangon has been modernised, but many domestic terminals are poorly run, lack basic technology and safety equipment and in some cases, are in urgent need of repair.
The Japanese International Cooperation Agency has provided a grant to install safety equipment at some airports, with Japan’s Sumitomo Corp picked as the prime contractor, said Akihito Sanjo, a Yangon-based representative of the agency.
“Most airports (in Myanmar) are small and in terms of safety and security, they’re dangerous,” Sanjo said.
Four of the country’s tiny fleet of domestic commercial aircraft were involved in serious accidents in 2012, one of them deadly.
The number of seats booked in and out of Myanmar during the peak tourist season from November 2012 to February 2013 jumped to 80,000 from 50,000 a year earlier.
That figure is expected to surpass 100,000 for the corresponding 2013-14 period, according to the CAPA Centre for Aviation, which advises airlines, and flight industry database Innovata.
Sanjo met the DCA last week to launch the programme to install safety equipment at airports, including international terminals in the two biggest cities of Yangon and Mandalay.
“We haven’t decided yet on the exact system to transfer the operation to the private sector,” the DCA official said. “We’ll do it after finding out their opinions and carry it out through tenders.”
A $150-million contract to upgrade Yangon airport was recently awarded to a consortium led by an affiliate of Asia World, a conglomerate run by Tun Myint Naing, also known as Steven Law, the son of the late Lo Hsing Han.
With his father described as a drug kingpin-turned-tycoon by the United States in 2010, Tun Myint Naing is subject to US sanctions.
A Japanese consortium led by Mitsubishi Corp has agreed to revamp the airport in Mandalay.
The government plans to build a $1.5-billion international airport to service Yangon at Hanthawaddy, northeast of the city, and awarded the contract to a consortium headed by South Korea’s state-run Incheon International Airport Corp.