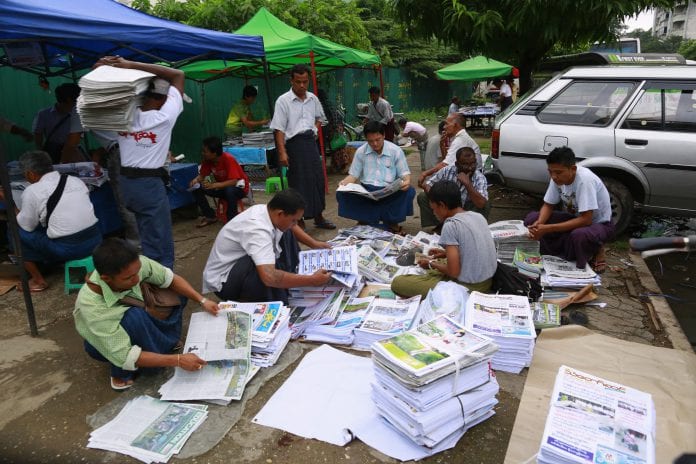 Myanmar Information Ministry Wednesday denied a private media group's accusation of corruption by the News and Periodical Enterprise (NPE) under the ministry.

A press release of the ministry responded that the Eleven Media Group's charge has tarnished the image of civil services under the ministry, warning to take legal action against the group in order to seek justice in the judicial pillar without harming press freedom.

The Weekly Eleven News journal carried a news story on its June 2 issue, questioning whether the Public Service Media Law being forwarded to the parliament favors the state-owned media with the misuse of public revenue, criticizing the ministry over suspicious prices of tender for press.

However, the ministry denied the charge saying that the private media's story caused misunderstanding among the public.

Although the NPE proposed two times with the Eleven Media Group for correcting the false statement through the Myanmar Press Council (Provisional), the media group rejected to do so, insisting not to negotiate with the council.

Myanmar is seeking transformation of state-run media into public service media and a related bill has been submitted to the parliament's Lower House for approval.