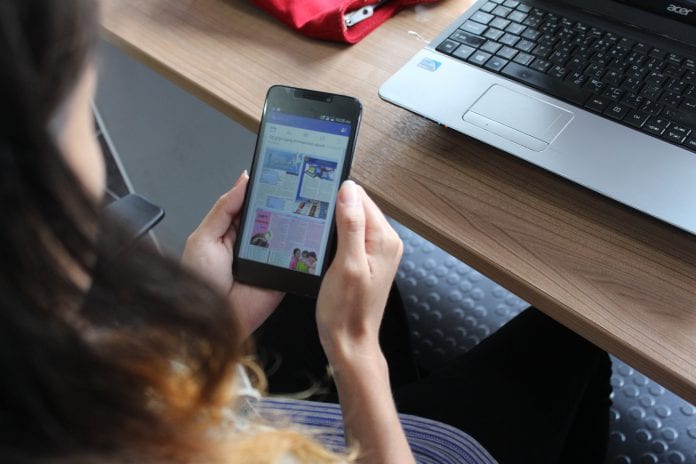 When it comes to social media, the majority of time spent using mobile internet is spent on Facebook, followed by Twitter, said Opera Software, the makers of the Opera Mini web browser, in its state of the mobile web report for Myanmar.

The report is based on the aggregated data gathered from Opera Mini users in the country.

The report said six out of every 10 pages viewed by Opera Mini users in Myanmar are from Facebook.com.

Search and watching videos also came out as important activities for Opera Mini users in Myanmar in the report. Websites such as Google and YouTube are always in the top-three most visited websites list of Myanmar, as is the case across the world. Although the time spent on these two categories is much less than that on social networks, the report said.

A majority, 87 percent, of Opera Mini users from Myanmar, use smartphones, the Norwegian software firm said. Android is the most popular Operating System (OS), with 85 percent users being on the platform.

This high number of smartphone users is “strikingly different” than other emerging markets, which still have a significant number of basic-phone users, Opera said.

The report said staying up to date with local news is also important for Myanmar’s Opera Mini users. From the top-10 most visited websites, two are news sites.

An analysis of the top-100 most used handsets shows that Huawei is the most popular with Opera Mini users. Its handsets are used by 38 percent of users followed by Samsung at 30 percent.

“There has been an overall growth of internet users in Myanmar. The number of Opera Mini users has increased by over 330 percent in the past year”, said Sunil Kamath, vice president for South Asia at Opera Software.

“This growth has been fueled by the availability of cost-effective smartphones and educative initiatives taken by mobile operators … Affordable data plans are also a key driver in encouraging first-time users to go online from their mobile phones. I’m confident that this trend will continue and more people will be empowered with the power of the web.”