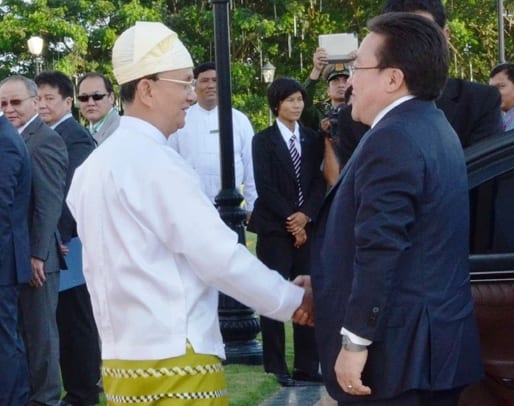 Myanmar and Mongolia last week signed an agreement on mutual visa exemption for holders of diplomatic and special passports, state-run media reported.
The signing followed talks between President U Thein Sein and his visiting Mongolian counterpart Tsakhiagiin Elbegdorj in Nay Pyi Taw.
Their discussion covered promotion of relations between the two countries, cooperation in regional and international relations, exchange of visit of officials at high level, promotion of people-to-people access and ASEAN-Mongolia relations.
The two leaders also discussed cooperation in the sectors of tourism and mining. They also exchanged views on Mongolia’s democratic transition since 1990.
Elbegdorj is the first Mongolian leader paying a state visit to Myanmar ever since the two countries established diplomatic ties in 1956.
Opposition leader Aung San Suu Kyi visited Mongolia in April and attended the ministerial meeting of the Communities of Democracy in Ulaanbaatar.