Myanmar Named as Biodiversity Hotspot, Fishing with Explosives Not Helping 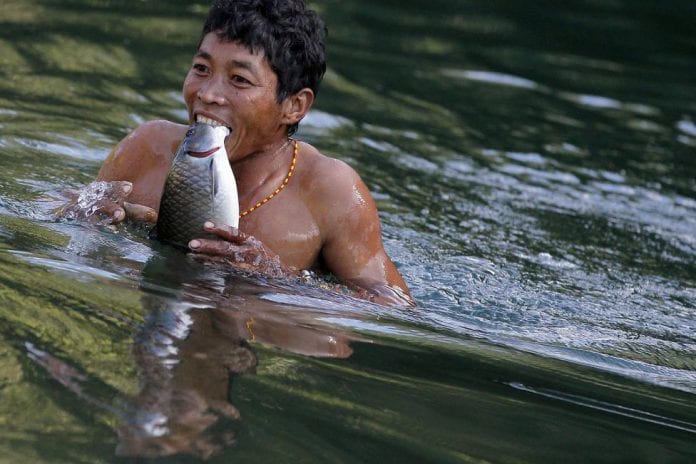 Myanmar is one of the four countries included in the Indo-Burma hotspot, a region scientists say has “unusually rich biodiversity,” and conservation programs need to be implemented to maintain resources, experts told a seminar on biodiversity conservation.

Although the coastal areas of Myanmar have a good potential to realise sustainable economic development, the practice of fishing with explosives such as dynamite is damaging the coral reefs, said Dr John Sale, a scientist from London University, specialising in ecosystem and conservation management.

Also, mangrove forests that provide habitats for many species are depleting fast and in need of conservation, Dr Sale, who is researching Myanmar’s biodiversity, said at the seminar.

Different ecosystems allow for a greater diversity of species, which plays an important role in regulating the earth’s atmospheric fluctuations and the carbon cycle including the capture and release of carbon dioxide, he said.

Dr Sale said the biodiversity has natural aesthetic values and the annual worth of the world’s biodiversity can be estimated at up to $40 trillion. Biodiversity is essential for medical research. For example, a recent study has discovered a unique tolerance to cancer of the naked mole rat in Africa, he said.

Myanmar, along with Thailand, Laos and Cambodia makes up the Indo-Burma hotspot and experts at the seminar said the country needs to quickly realise and sustain its importance in the region’s ecosystem.

In a separate development, the Ministry of Livestock and Fisheries deputy minister U Khin Maung Aye recently said that the government is planning to create artificial coral reefs along the shallow waters in Thai gulf and Western Andaman Sea.

They are currently preparing to study the position and deterioration status of the existing reefs and to raise funds for the project.