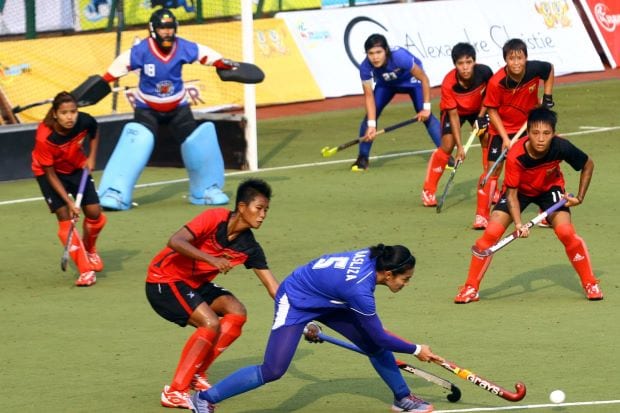 Myanmar National Hockey League 2014 kicked off at Theinbyu turf hockey pitch in Yangon on May 3, according to Myanmar Hockey Federation.

Organized by the Ministry of Sports and the Myanmar Hockey Federation, a total of eleven hockey clubs are taking part in the league.

In the meantime, Myanmar hockey team has resumed its training, which had been suspended for months after the end of the 27th Southeast Asian (SEA) Games hosted by Myanmar in December last year.

As part of the efforts to prepare for the 28th SEA Games in Singapore next year, the men’s team with 23 players and the women’s team with 13 have begun intensive training starting from April 21.

The men’s team will continue to work with the Pakistani coach who served as their coach during the previous SEA Games.