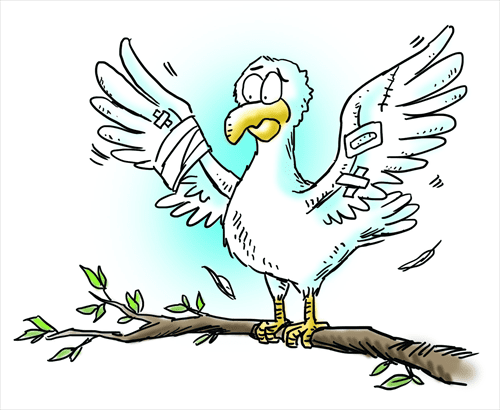 I was on a plane heading for Mandalay, the second biggest city in Myanmar, killing time on the flight with my seatmate. Mr Zhang, in his 50s, was an electrical engineer working on a two-year contract to train 30 technicians for a local ceramic factory located in the north of Mandalay.

He was unsatisfied with his Myanmar apprentices and colleagues. “They goof off on the job, often being late and acting poorly and ineffectively. They don’t save money.”

As one of the pioneers who abandoned their stable and lifelong positions in China’s state-owned companies in the 1990s to start his own business, Zhang is perplexed as to why Myanmar people are content with living in the moment and don’t have a plan for long-term development.

Zhang also said that the ceramic factory cannot compete with those in China’s Yunnan Province which provide exports to Myanmar, thanks to the latter’s poor productivity confined by a lack of skilled workers and power shortages that locals suffer several times a day.

Later when I interviewed people involved in Chinese-invested projects in central and northern Myanmar, some managerial staff also complained that local workers were often absent from work after getting one month’s salary, and that they won’t show up asking for a second chance until they consume all the money. On some ongoing projects, locals can also be easily motivated to take part in protests, blocking smooth proceedings.

Coming back to the country after two years of democratic transition, I didn’t sense too many changes except in the biggest city of Yangon, where the roads have been renovated and broadened, various Western brands have poured in, and newer models of used Japanese cars have replaced the rust-buckets that once ran on the roads for decades. The city looks more like a modern metropolis.

But outside the downtown of Yangon, people are still mired in poverty and shabby life. The development of several special economic zones invested in by foreign companies and some mega-projects that exploit natural resources are hindered by a variety of reasons, including local protests over compensation and the unwillingness of the locals to change their lifestyle.

Based on my conversations with some of the locals, they long for a better life, but are confused about how to fulfil this and how they should participate in and contribute to urging the country’s reforms.

The country does have a long-term development plan. President U Thein Sein declared his ambition to build Myanmar into a developed country by 2030 in a 45-page Framework on Economic and Social Reforms. But weak support from the grass roots, a lack of social consensus, poor quality human resources and poor infrastructure all promise gloom for the future.

Some Chinese hold that Myanmar needs a strong democratic government or greater resolution to promote reform from the top down given its people’s poor education, an underdeveloped civil society and the democratic frenzy in the country. This is open to discussion.

But it should be notified that decades of life under the philosophy of living for today make the Myanmar people accustomed to a plain and meagre living. This is also one of the reasons why some ethnic-Chinese Burmese have accumulated a certain amount of wealth in Myanmar.

Chinese are usually seen as diligent, which provides a driving force for reform and economic boom. In the past years, over 1 billion Chinese have been actively engaged in striving for modernisation. Chinese productivity is still low per head compared to developed countries, but people are ambitious and look to the future.

Of course, Chinese are also criticised for having lost touch with anything but material goals, and for their unhappy, rat-race driven lives. For the Burmese content to live in the moment, “progress” in becoming a factory line worker might not seem that appealing. But if the country is to modernise, ultimately benefiting the people, this kind of determination is needed.

The author is a reporter with the Global Times. yujincui@globaltimes.com.cn.