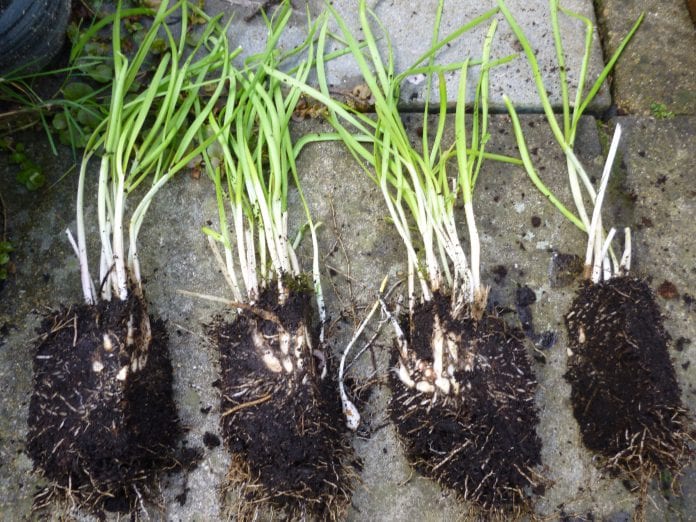 The government plans to start exporting garlic chives to South Korea in a commercial scale by collaborating with the growers, according to the Ministry of Commerce.

Garlic Chives or Chinese Leek (scientific name: Allium tuberosum) is a vegetable native to Asia, and is popular in South Korea as it is often used in traditional Korean Kimchi food.

In Myanmar, garlic chives are mostly cultivated in Shan state.

“We are planning to start large-scale exports of garlic chives to South Korea. First, we will see what is the demand there and then we’ll seek other export markets,” said U Win Myint, director of the Market Information and Research team of the ministry.

South Korea held a workshop in Myanmar in March to prompt Myanmar garlic chives growers to export the vegetable in a commercial basis.

“If we export garlic chives via ships it will perish before it reaches the port. But, exporting by air is not feasible. So, we will try to make garlic chives powder and then export the product. We already ran some tests after the Korean workshop,” U Win Myint said.

Besides Shan state, there have been some test cultivations in Pyin Oo Lwin township in Mandalay division to export to the Korean market, the director said.

“South Korea has been buying garlic chives from us for a long time. But it has never reached a commercial scale. There are some exporters in the market, and if they get government support they can boost their output,” said U Hnin Oo from Myanmar Organic Agriculture Group (MOAG).

He said Garlic chives can be cultivated within three months and the process has to start before monsoon begins in April.

“If there is large-scale exports it will be beneficial for us,” said U Aung Than, a garlic chives grower.