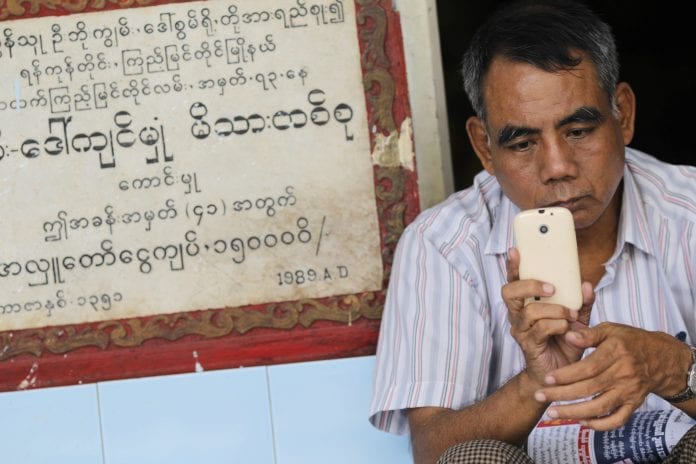 Myanmar on Tuesday announced plans for a dramatic increase in telephone and Internet access as it opened the door for foreign firms to enter one of Asia's last untapped markets.

The communications and information technology ministry said it was launching tenders for two nationwide telecommunications service licences, to be awarded in the first half of this year.

It said it wanted both domestic and overseas operators to compete in the sector, seen as having major growth potential in a country where mobile phones are the preserve of a tiny proportion of the population.

The ministry said in a notice on its website the aim was to “make the telecommunications services available to the public at affordable prices, and to give the public the capability of choice”.

The move is part of a plan to expand telephone penetration to between 75 and 80 percent by 2016, from the current level of around 10 percent.

German consultancy firm Roland Berger Company will help evaluate the companies who apply for the permit.

U Htay Win, chief engineer from the ministry's mobile department, told AFP the tender was open to foreign firms because “their experience in other countries means they are more capable”.

Communications are seen as a key obstacle to development in Myanmar, one of the world's poorest countries. Mobile SIM cards cost from around $250 while the Internet is mainly the preserve of the urban elite.

Myanmar currently has one of the lowest hand phone usage rates in the world. A report from the World Bank in 2011 estimated that only 3 percent of the population owns a phone, although this has since increased due to handsets and SIM cards becoming cheaper in recent months. In comparison, in Bangladesh 56 percent of people own a hand phone.

Analyst Sachin Gupta, of Asian telecoms research at Nomura, told the Economic Times the target could be achieved if the terms and partners were right, but that the “devil will be in the detail”.

“Given the lack of infrastructure in the country, this will be an uphill battle, but upside could be significant too,” he said.

Companies are hungrily eyeing Myanmar after a number of international sanctions were eased or lifted in response to political reforms under a quasi-civilian government that took power in 2011.

In a report in March Nomura called Myanmar “one of the last untapped telco markets in the region”.