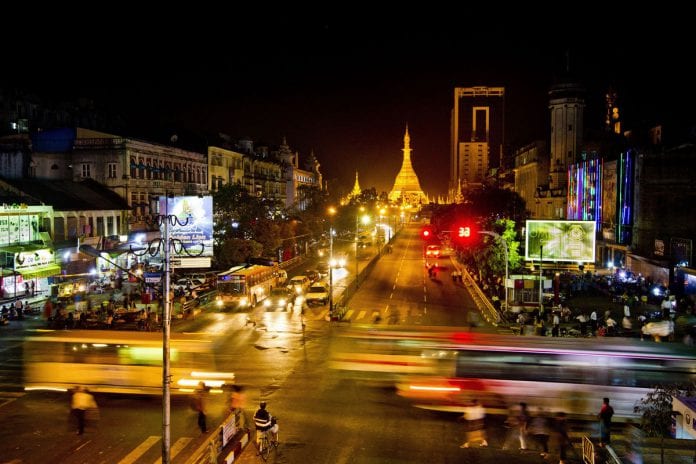 Myanmar is targeting economic growth of 9.3 percent in the 2015-2016 fiscal year, driven by an unprecedented amount of foreign investment and rapid expansion in its nascent telecoms sector.

The target was outlined in the country’s National Planning Act, approved by President Thein Sein on April 9 and seen by Reuters. It surpasses estimates by the Asian Development Bank (ADB), which has forecast 8.3 percent growth and the World Bank, which sees about 8 percent expansion this fiscal year.

Myanmar is growing fast, albeit from a low base, endowed with rich energy, mining and agriculture resources, but rife with poverty. The ADB estimates the economy grew 7.8 percent in fiscal 2013-14 and 8.5 percent in 2014-15.

Myanmar was for five decades beset by wayward policymaking and scant foreign investment under a military dictatorship that stifled progress in what was among the region’s most developed countries under British colonial rule.

Its economy has undergone a major facelift since 2012 led by Thein Sein, a former general who sought help from technocrats and financial institutions and is now luring foreign direct investment (FDI) on a scale Myanmar has never seen.

The $8.1 billion FDI recorded for 2014-2015 is a staggering 25 times the $329.6 million received in 2009-10, the year before the military ceded power. An official at the Ministry of National Planning and Economic Development told Reuters its FDI target for this fiscal year is $6 billion.

Of 14 prominent economic areas in Myanmar, the government sees 46.9 percent growth this fiscal year in telecoms, which has exploded since Norway’s Telenor and Qatar’s Ooredoo launched cell phone services in the country of more than 50 million people.

“I wouldn’t say their target is unrealistic with some positive developments like soaring FDI and progress in political and economic reforms,” he said. (Reuters)