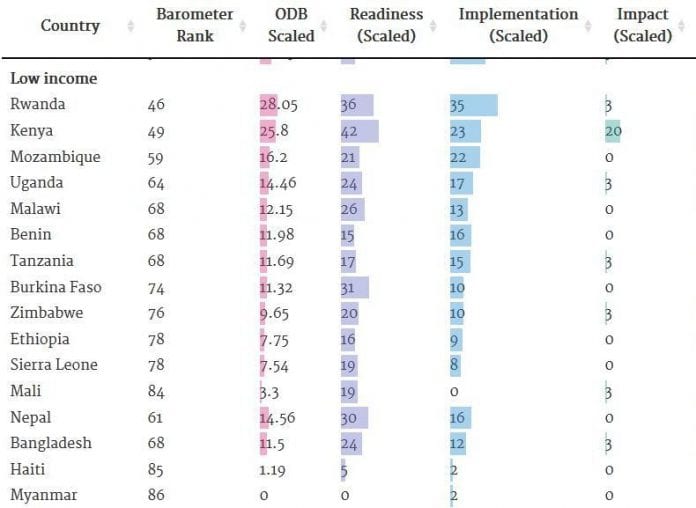 In a survey of 86 countries, Myanmar was ranked last in a report on open availability of data by the World Wide Web Foundation, an organisation that has previously criticised Myanmar’s internet capabilities.

The Open Data Barometer assesses countries on, “legal, political, economic, social, organisational, and technical foundations that can support the supply and use of open data,” along with the ability to access data, and data’s ability to impact society.

The countries were ranked on how readily their governments make data available, including information on government budgets and spending, public sector contracts, company ownership, health services and education.

Myanmar ranks among the bottom five countries, along with Haiti, Mali, Cameroon, and Yemen. Myanmar scored zero in all categories except implementation of internet, in which it achieved a score of 2 out of 100.

According to the report, Myanmar faces challenges as a result of, “limited government, civil society or private sector capacity; limits on affordable widespread internet access; and weaknesses in digital data collection and management.”

There have been recent positive developments in terms of internet in Myanmar, however. The awarding of licences for telecom companies has led to a surge in phone and internet usage, and several government ministries have started to launch online services, although these are in the beginning stages.

However, with Myanmar ranking the least open and transparent, the report found that most governments do not make official data openly available to the public.

Despite pledges by the G7 and G20 to improve transparency in government data, which could help reduce corruption and improve state services, data remained locked away from public view in more than 90 percent of nations surveyed, The Web Foundation said.

The United Kingdom topped the rankings for the second consecutive year, followed by the United States, Sweden, France and New Zealand.

The Web Foundation was founded by Sir Tim Berners-Lee, one of the inventors of the web, with the goal of advancing the cause of access to the web as a basic right.