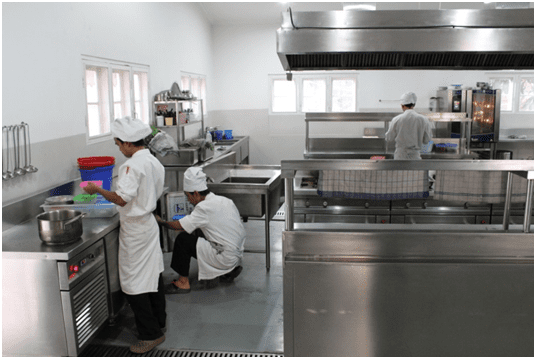 Myanmar’s turbulent history has inadvertently helped contribute to an industry that probably would not have flourished within the country a few years ago.

Social enterprise may not be a brand-new concept of business – thought to date back to the 1970s in Leeds, England – but in today’s increasingly socially-conscious world, businesses are beginning to see the benefits, and reap the rewards, of providing services or products alongside a social message.

Despite having been around for a quarter of a century, it is a term that few people are familiar with. Put simply, it is a business that makes money while contributing to society in a positive way.

Few places in the world would benefit more from this sort of business than Myanmar at this moment in time. The well-documented increase in funds coming in as the country opens its doors wider and wider to the outside world, coupled with elements of crippling poverty alongside the very outset of a democratic society, means Myanmar is ready.

Francois Stoupan, manager of Shwe Sa Bwe, has seen the opportunity in starting a business to help disadvantaged people in Myanmar. The restaurant, located to the north of Inya Lake, also acts as a training centre for disadvantaged youth all over the country.

Training for the students is free and Stoupan guarantees that every graduate of the nine month program will find work.

He also said that it was the social aspect over the financial one that initially gave him the idea for the venture.

“When I first came to the country in 1998, all I knew was that I wanted to come back and work with that Myanmar smile everyday. The people here were so incredibly friendly and I wanted to be part of that. The business aspect came second to that,” he said.

Stoupan admits it helps increase interest that the restaurant contributes in a positive way to employing underprivileged youths. Graduates from last year’s program are currently employed at Le Planteur and the Governor’s Residence, while Stoupan keeps on the best three students from each intake. The concept might have been useful in attracting customers initially, but the restaurant’s main drawing point is that they provide a good product.

“Without the good food, whatever difference we make to society would mean very little,” he said.

It is not only foreign investors who are recognising Myanmar’s potential from the outside, but locals are also beginning to see how they can help contribute to their own country’s development.