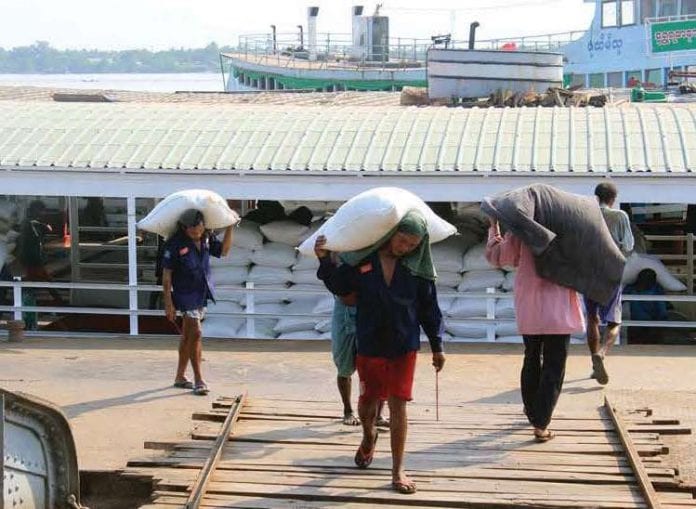 Myanmar’s rice exports jumped over 50 percent on year to their highest level in over half a century in 2014-2015, a commerce ministry official said last Thursday.

The country was once the world’s largest rice exporter, but output and shipments declined under 49 years of military rule that left the country impoverished and the economy shattered.

Exports of the Asian staple topped 1.81 million tonnes in the fiscal year ended March 31, said Nilar Soe, a senior official at the Ministry of Commerce. She said it was the highest volume in over 50 years but was unable to give the precise year in which exports were last this high.

The 2014-2015 shipments were worth over $650 million, she said. Exports a year earlier amounted to $460 million, according to another official at the commerce ministry.

Since the ruling semi-civilian government took power in 2011, the rice industry has seen some improvement in productivity with the political and economic reforms undertaken by the government of President Thein Sein.

Mechanisation is slowly increasing, farmers have access to more imported material and markets such as the European Union that were inaccessible because of sanctions on the former junta are now within reach.

Over a million tonnes of the rice were exported to China, said Nilar Soe. China banned rice imports from Myanmar in August 2014 due to quality concerns, but Myanmar media reports shipments continue to flow.

Myanmar’s rice was exported to a total of 64 countries or regions in 2014-2015, including the EU and Japan, Nilar Soe said. (Reuters)