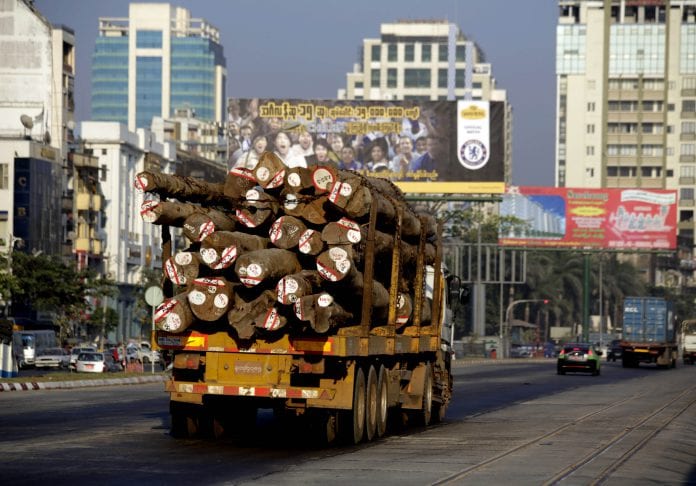 The illegal trade in rosewood species is driven by the expanding wealthy elites in China and their desire for the high-end Ming and Qing dynasty reproduction furniture collectively known as “hongmu”.

In the briefing Myanmar’s Rosewood Crisis, Environmental Investigation Agency (EIA) said if current trends persist unaddressed, the two most targeted hongmu species in Myanmar – tamalan and padauk – could be logged to commercial extinction within as little as three years.

The briefing follows EIA’s May report Routes of Extinction, which documented how the frenzied pressure on Siamese rosewood has all but eradicated the species from countries neighbouring Myanmar, leaving Thailand facing violence and conflict within its forests.

“The vast bulk of this stolen timber is smuggled into China across its land border with Myanmar and, although Myanmar has a log export ban in place, China simply isn’t respecting its neighbour’s laws and allows these rosewoods to flow in unhindered.

“China has little regard for forestry or timber trade laws in foreign countries but does show some respect for the Convention on International Trade in Endangered Species (CITES), and we believe the best short-term action Myanmar can take, as a matter of urgency, is to secure listing for its threatened rosewood species via CITES.”

EIA contends that the huge scale of illegal and unsustainable logging poses a real threat to governance, the rule of law and the viability of dwindling forests.

China’s 2013 imports of Myanmar’s rosewood logs were triple the volume and value recorded in 2012, and nearly six times the 2010 trade. Seizures of illegal rosewood in Myanmar since 2008 have followed almost exactly the same pattern as imports into China.

The London-based agency urged the government to seek CITES Appendix III protection for its at-risk hongmu species – Dalbergia bariensis / oliveri (tamalan) and Pterocarpus macrocarpus (padauk) – at the soonest opportunity to ensure trade is in line with sustainable exploitation of existing standing stocks.

“Myanmar needs help and CITES is one way for the Government to seek assistance in protecting this valuable resource.

“EIA is also calling for CITES Parties to assist Myanmar in its need for a fully functioning Management Authority,” Doherty said.