Myanmar Says It Will Release More Than 3,000 Prisoners 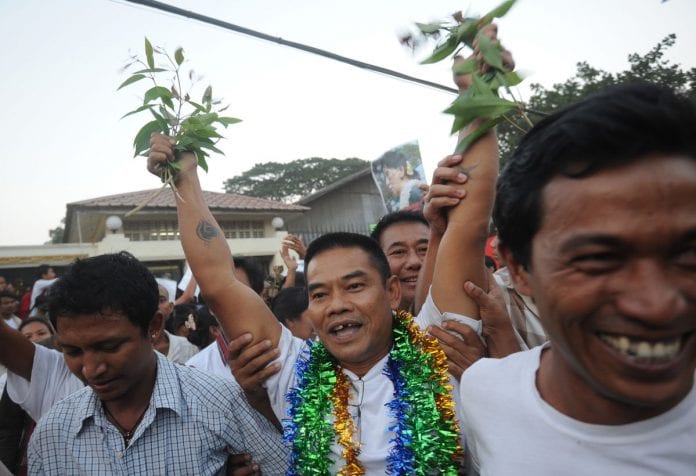 Myanmar pledged on Tuesday to release thousands of prisoners, a move announced just over a month before it hosts an East Asia summit that U.S. President Barack Obama and other world leaders are expected to attend.

The United States, which has been backing reforms in Myanmar, welcomed the move but urged the release of remaining political prisoners, who were apparently not included in a list of 3,073 prisoners pardoned.

President Thein Sein issued the pardon for the sake of "peace and stability" and "the rule of law", the government said on the Information Ministry's website.

The government did not identify the prisoners, but virtually all of them were believed to have been jailed for ordinary crimes, not for political activity.

The non-governmental group Assistance Association for Political Prisoners said the amnesty did not include any political prisoners. It says about 75 remain in detention.

Bo Kyi, an official of the AAPP, said he understood that among those released were six or seven military intelligence agents imprisoned a decade ago during a purge by the former ruling military. He said they were not considered political prisoners.

The U.S. State Department said it did not yet have the details of all those who had been released, but spokesman Jen Psaki estimated that 30 to 40 political prisoners were still incarcerated.

She said the government had released about 1,300 political prisoners since embarking on a path of political reform in 2011.

"We welcome reports that the government of Burma has released a number of prisoners," she told a regular news briefing.

"We urge the government to continue to work expeditiously … to release all political prisoners unconditionally and to remove conditions placed on those already released," she said.

The amnesty is one of at least a dozen announced by the reformist, quasi-civilian government that took over from the military in March 2011.

The government has attempted to bolster its reformist credentials by releasing political prisoners, often shortly before diplomatic meetings and summits. Myanmar is due to host the East Asia Summit on Nov. 13.

The group of former intelligence officials granted amnesty appeared to include Brigadier General Thein Swe, who was jailed during the purge of a decade ago.

"Having a top day with great news. I'm heading to Myingyan to pick up my dad," said his son Myat Swe on his Facebook page, referring to a prison near the central city of Mandalay.

The government said there were 58 foreigners among those granted amnesty but it did not say where they were from. Reuters